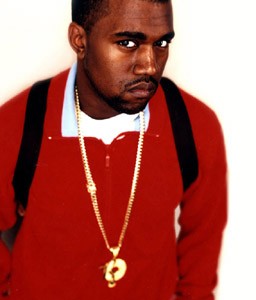 That’s Entertainment: Kanye West’s politics need to be brought out of the backpack.

Why does Kanye West keep apologizing?

Get out your pen and paper, it’s time to start your pop-music best-of-the-year list. The fourth-quarter flush of holiday marketing is about to bring hundreds of worthy contenders, so now’s the time to assess the discs that shook you earlier this year.

A thread I’ve found while making my own rough list is that 2005 hasn’t been a great year for satisfying or challenging our expectations. Most heavyweights have come in below their established standards. Leaders like the White Stripes, Beck and Bruce Springsteen all released good discs to the collective sigh of “Great, if it was any other band’s record.” Sophomore discs by hot acts like Kings of Leon and 50 Cent circled the runway but never took off.

Should this really matter? Our world is full of wrongs like the dictatorial genocide in Zimbabwe and the soon-to-be George Bush Supreme Court, wrongs that make it seem like expectations for the year’s best records are frivolous. Perhaps pop music is useful as a nice retreat. Or is it? Shouldn’t there be something else in the year’s best music that makes us think twice?

Rapper and producer Kanye West dominated this year’s Grammy Awards with his widely acclaimed 2004 debut The College Dropout. His current chart-topping sophomore follow-up Late Registration (Roc-A-Fella) teeters on the edge of this debate. Is our music just entertainment? Should entertainment be challenging, even political? West aims to have it both ways. Late Registration is less dramatic than his debut, but it is a breathtaking blend of mainstream and conscious hip-hop that tops the charts just as West is recovering from his recent anti-Bush outspokenness.

During NBC’s live Red Cross Disaster Relief Fund telethon following Hurricane Katrina, West went off script with his unexpected and now notorious statement that “George Bush doesn’t care about black people!” His explosive rant was antiracist, anti-elitist and antiwar, and was edited out of NBC’s West Coast airing of the show. But West later felt compelled to back off his statements, promising that his spot on the NFL Opening Kickoff concert would not “detract from the show at all, because it’s entertainment.”

West creates gazillions of dollars for the entire recording industry, so there’s no reason he should be afraid of taking a stance. He’s not going to get fired. His raw reaction to the Katrina disaster was legitimate, certainly daring for a rising pop star with all eyes on his anticipated 2005 follow-up. His instinct was truth-telling, but he apologized for it.

That’s sort of how Late Registration sounds: conflicted about screaming out while still striving to please the crowd. Some of the sample-sweet production is funky and raw, while some is glossed with unlikely new co-producer and keyboardist Jon Brion. The soul-searching bitterness created on The College Dropout is revisited on sarcastic “Broke Phi Broke” skits, but West is still soft enough to want hip-hop’s traditional Ode to Mama as the disc winds down. He feigns humility but compares himself to Jesse Jackson, raps often about drugs and AIDS as conspiracies of the rich, and raps often about his big-time drive.

The swirling track “Diamonds from Sierra Leone” defines West’s conflicts. He fears his own guilt, wondering if the materialism he enjoys may come from bloody human rights abuse. “I’m trying to right my wrongs,” he sings earlier on the soaring horn-soaked “Touch the Sky.” “But it’s funny / Them same wrongs helped me write this song.” He expressed this same guilt in his NBC anti-Bush rant, confessing at one point there that “I’ve even been shopping before even giving a donation.”

West has proven he can be a hit-maker, but he’s not yet prepared to be a leader. Why should we expect him to be? Because his impulse is to make pop music that’s important and outspoken. Because he boldly stumbled into a political discourse beyond pop-music pleasure. West meant what he said on NBC, even if, like the waffling Late Registration itself, he’s scared of where he’s really at.

I expect more from pop-music leaders, especially acts that made my previous year’s best-of list. But don’t let that stop you from putting West on your 2005 list. Just don’t think of him as mere entertainment.