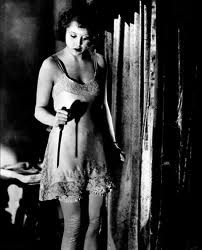 If you consider yourself an authority on the work of Alfred Hitchcock but have never heard of the director’s 1929 film ‘Blackmail,’ you’re not alone. The 1929 thriller was one of Hitchcock’s earliest, originally released in two configurations, as both a silent film and as Britain’s first “all-talkie.” With awkward lip-synching and crude recording quality, the historic talkie version has its drawbacks, which is why the Alloy Orchestra has revived the original silent version accompanied by their original soundtrack performed live. Roger Ebert calls the Alloy “the best in the world at accompanying silent films,” and with their unique instrumentation (featuring keyboards, accordion, clarinet and a “rack of junk”) and a rare 35mm print from the British Film Institute, this one-night-only screening of Blackmail is not to be missed on Monday, July 19, at the Rafael Film Center. 1118 Fourth St., San Rafael. 7:15pm. $15. 415.454.1222.