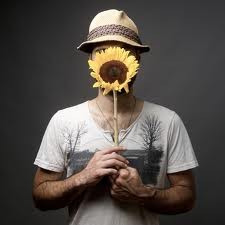 “I am a liar, I am a cheater,” sings Mark Matos and Os Beaches on their debut album’s opening track, and one might immediately feel he’s right. Self-described as “acid gospel,” Matos’ airy, lap-steel–driven Americana twists far stronger toward Wilco or Conor Oberst than Rev. Charlie Jackson or the Abyssinian Baptist Choir. By “Palavras de Faca” though, with its wooden percussion, lap steel, Portuguese lyrics and vibraphone, it’s clear the “acid” tag comes from a love of vintage Brazilian Tropicalia. That’s a good thing. The Mission District band, whose members have close connections to Jolie Holland, Blank Tapes, American Music Club and others, comes tinged with Matos’ time in Tuscon and its atmospheric scene led by Howe Gelb and Giant Sand. See them careen atop the nautical-themed stage on Sunday, July 18, at Aubergine Emporium. 755 Petaluma Ave., Sebastopol. 8pm. 707.827.3460.