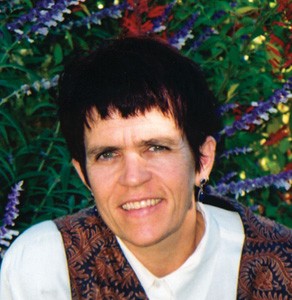 Mythic storyteller Jean-Vi Lenthe launches a feminized, bisexualized Odyssey, and presents it in her own voice–literally

In the past, whenever poet Jean-Vi Lenthe took the stage to read any of her multisensory, lush, and labyrinthine poems, she’d be asked by certain dazzled audience members afterward for printed copies of her work. Though happy and quick to comply–“Hey, who doesn’t want their work to be wanted?” Lenthe asks with a laugh–she quickly discovered a little problem with this arrangement.

“I’d give her the poem,” she explains, “and she would say, ‘Um, this isn’t the one you performed last week. It’s not the same poem.’ But it was. It was the same poem. It just didn’t sound the same anymore, because the page couldn’t re-create the performance of my voice.”

In other words, the performance was the poem.

“If something is lively enough and has enough dramatic dialogue,” says the Petaluma-based Lenthe, “it really needs to be heard in the human voice. The sense of timing you have when you are speaking it and feeling it–the way you perform your words–it all contributes so much to the power of your piece.”

So intertwined are Lenthe’s words and Lenthe’s voice, that when it came time to publish her first novel–a sensual, epic lesbian dream-fantasy titled The ODASea: A Night Sea Journey (Wild Hare Press; $39.95)–she knew that an audio version would be far richer, and more Lenthe-like, than any printed book. With that in mind, she bucked tradition and set out to produce the audio version before the ink ever hit the press.

“I just knew it needed to be spoken,” she says. “Like the myths and epic tales of the great oral traditions of the world, some stories require more than mere words on a page.”

Not that she has anything against words.

That said, Lenthe’s six-CD novel is nearly impossible to describe, because, truly, there’s nothing quite like it. Characterized by Lenthe as “an extended dream sequence and/or mythic journey,” ODASea follows a seafaring Pagan adventuress named FaraJi, a refugee from her own emotional and physical addictions, who enters a fluid, nonlinear dream world populated by genies, mermaids, “perverse deities and sensual savages,” and goddesses of all shapes and flavors.

After meeting up, and swapping roles with her own love-hungry and sex-starved inner self–that would be the titular Oda–FaraJi endures a series of personal transformations above and beneath the ocean waves.

“It’s the whole ‘hero myth’ that the late Joseph Campbell went on about endlessly,” Lenthe says, naming the influential philosopher best known for his work with comparative mythology. “I’ve tried to feminize the hero myth,” she says, “and bisexualize it–even trisexualize it–and turn it all upside down.”

Lenthe, who followed a colorful career in live theater and cabaret with a stint in academia–she earned a masters in poetics from New College of California, writing her thesis on the oral traditions of voodoo–does things to Homer’s Odyssey that would make Campbell himself seriously hot and bothered (and probably delighted). Of course, Lenthe, whose own recovery from alcoholism fuels a significant portion of the novel, has always enjoyed turning things upside down a bit.

“I used to sit in AA meetings,” she recalls, “and read mythic poems aloud when it was my turn to speak. I talked about voodoo as much as I could. I couldn’t talk Jesus Christ, but I could talk voodoo. That was my higher power. I guess we had a pretty open AA group,” she acknowledges.

As to whom she hopes to reach with her atypical literary creation–lesbians? recovered addicts? fans of the works of Homer?–Lenthe just shrugs. “I’m curious what will happen with it myself,” she laughs. “Above all, I hope it inspires people. It’s like launching a journey and trying to get people to understand the momentum of journeying. Hopefully, people will hear this and believe they can do it themselves, that they can launch their own mythic journey.”

Jean-Vi Lenthe’s ‘ODASea: A Night Sea Journey’ is available through www.wildharepress.com. The official release party, book-signing, and performance (with music) is at Copperfields Books, 140 Kentucky St., Petaluma on Wednesday, June 4 at 7pm. 707.762.0563.