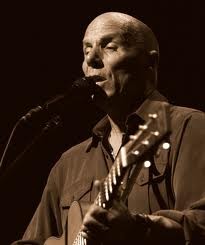 Jan. 28: Tim Flannery and Bob Weir at the Uptown Theatre

Well, the Niners run was thrilling while it lasted, but after last Sunday’s playoff loss to the New York Giants, Bay Area sports fans are turning their attention back to baseball. You ever hear that San Francisco Giants third base coach Tim Flannery is a big Grateful Dead fan? And on top of that, a musician in his own right, with this band called the Lunatic Fringe? You may have seen him singing on the field with Phil Lesh and Bob Weir. This week, Flannery and his band play a benefit show for Brian Stow, the Giants fan who was beaten outside a Dodgers game last year, and Weir is an announced guest. There’s no telling who else will show up when Flannery and promised special guests play on Saturday, Jan. 28, at the Uptown Theatre. 1350 Third St., Napa. Reception, 6pm; show, 8pm. $55—$100. 707.259.0123.