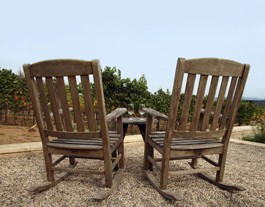 Napa has to grow. The question is: How, where and frankly —what?

There’s this saying in Napa that “the city is for houses; the country, for grapes.” Should two Napa developers get their way, thousands of new homes will grow like gargantuan grape clusters within sight of Napa’s world-renowned South County vineyards. Picture 3,200 units rising up seven stories from an industrial property, while just beyond the city limits to the west, 1,000 standalone houses get planted on the side of Highway 29. In total, these two unaffiliated developments could cover almost 300 acres of presently unincorporated county lands near the Carneros AVA, just south of Napa’s current city limits. To no one’s surprise, and for a rainbow of reasons, these two proposed developments have rubbed many a Napan nerve raw.

With not a single dwelling from either proposed development yet unveiled, Napan public opinion is nonetheless fomenting a rebellion. At least four local groups have organized and jumped into the fray. Accusations are mounting and fingers pointing at a supposedly faceless group with an implied hidden agenda sequestered behind a Responsible Growth Initiative; at an old Napa clan teaming up with area horsemen; at politicians and political chicanery; and, wouldn’t you know it, at lips whispering rumors of good ol’ filthy Getty family lucre.

But is any of this what it seems to be?

In one corner there’s the 152-acre, 4,200-unit Napa Pipe project, headed up by Keith Rogal, the developer who, with his San Francisco-based Napa Redevelopment Partners LLC, previously gave us the $70 million Carneros Inn. Exactly who’s involved in their roster of investment partners is a matter of grand speculation. Rogal’s group purchased the former Napa Pipe industrial property from Oregon Steel Mills Inc., in 2005 for close to $42 million. Naturally, with Rogal’s previous ties to Gordon Getty via the Carneros Inn development, rumors of Getty backing Rogal’s efforts abound. Could Getty’s protégé and business associate San Francisco mayor Gavin Newsom, also have a stake? These are questions that will be answered later. Keith Rogal hadn’t returned calls as this story went to press.

Ed Henderson, who’s both a former Napa city mayor and a former Napa County supervisor, is officially on the Rogal team. Henderson’s approachable and amiable, but he admits that he’s a tad short on Napa Pipe specifics. He will say that a sizable share of the Napa Pipe housing units would fall in the relatively affordable $350,000 to $400,000 range, and they’d try to make them available to first-time local homebuyers, teachers, policemen, et al. “I don’t want to have a valley where only people who can afford a $2 million home can live,” Henderson says.

West across Highway 29’s great divide and north of the Carneros Highway, a second mammoth development is moving forward. The Ghisletta family, headed by brothers Joe and Steve Ghisletta, has farmed in Napa Valley for a century. The family has considerable real estate holdings throughout the county and a reputation for being good neighbors. Unlike Napa Pipe, their slated development stands inside the rural urban limit, meaning it’s ripe for annexation into the city of Napa. That’s a decided advantage in moving their development plans forward. The Ghisletta project covers 142 acres just off Foster Road, upon which they hope to build 1,000 houses. Ghisletta’s 110 dairy farm acres are to be combined with 32 acres of Napa Valley Horseman’s Association land for this development.

Ghisletta’s plan faces tough opposition from Save Foster Road, a group led by Linda Cavalli and Craig Isham. More than 200 Foster Road residents recently crowded into Snow Elementary School to voice their concerns and to grill Napa assistant city manager Dana Smith and the city’s senior planner, Jean Hasser. According to a Nov. 13 article in the Napa Valley Register, there were cat-calls of “fait accompli” and “double talk” by angry residents when the two city reps claimed “it was almost a given that the Local Agency Formation Commission will approve the annexation application early next year.”

Dana Smith went on to say, “That land [Ghisletta’s] is slated in the city’s general plan to be developed for homes like yours.” Smith and Hasser asked the group to save their questions until the Ghisletta property has gone through annexation, assuring them that there would then be ample opportunity to lodge their concerns. Needless to say, this went over rather poorly with those in attendance.

Myriad government and quasi-government organizations are or will come into play should these two projects move forward. One is the Association of Bay Area Governments, a seemingly innocuous compendium of surrounding counties that possesses a propensity to strong-arm counties that it esteems don’t provide enough housing, affordable or otherwise. The association is pressuring Napa County to meet new mandated housing numbers. The county has been sued and a judgment rendered. It appears this settlement is motivating the county to provide new homes, the rub being that they’ll do whatever they can to keep housing development out of upvalley, where decades of ag preserve activism makes plain a strong North County preference for vines in the valley and trees on the hills over homes placed anywhere. (Except for maybe in Angwin, but that’s another story.)

Sure, it sounds crazy. Anti-development Republicans? What about God Almighty’s GOP decree on inalienable, indisputable and absolutely incontestable property-ownership rights? Surely no true greenback-blooded Repub’s gonna risk eternal impoverishment futzing with that decree. Unless, of course, these reputed GOP-growth-initiative types harbor some secret get-even-richer scheme requiring they liquidate their developmental opposition. And that opposition, it’s been charged, is Keith Rogal’s Napa Pipe development.

The Responsible Growth Initiative (RGI) aims to strictly enforce Napa County’s 1 percent growth cap and to limit construction of buildings to heights of three stories. It’s clearly aimed at Rogal’s Napa Pipe development but, curiously, doesn’t address Ghisletta’s. Because of this, and according to reportage in the Napa Valley Register, the initiative’s spokesperson James Marshall refuses to say who the “friends and associates” joining him in the initiative campaign are, rumors once again abound. Some clearly sense the work of a shadowy right-wing conspiracy.

After all, the initiative’s hired-gun signature gatherer is Mike Arno, the man behind recent attempts to split California’s Electoral College vote to benefit the state’s Republican minority. Arno’s made a career pushing divisive measures, like the 2004 initiative to ban gay marriage in Ohio. Some speculate that the Ghislettas stand to personally benefit from the initiative’s anti-Pipe shenanigans. The Napa Valley Register recently ran a series of articles and a good many reader comments implying the “anonymous” RGI group, by hiring GOP-dynamo Arno & Associates, have themselves proved that no good is afoot.

There’s just one problem with this seemingly logical scenario —it’s one mighty load of crap.

Spokesperson for RGI Jim Marshall isn’t shy in letting it be known that he’s “been a registered Democrat all [his] life.” He claims to have never met, spoken to or had even the most informal contact with any of the Ghislettas, though he’d welcome any future support they’d care to provide. Certainly, Arno & Associates don’t come cheap. As far as his group’s anonymity is concerned, Marshall ticked off the names of four local group members — Frank Worthington, Anne Sullivan, Steve Morgan and Kathy Haig —who are with him behind the initiative.

Marshall insists that the RGI is entirely a local grassroots effort that has nothing to hide. He points to the letter he’s penned to the local daily explaining his organization and its motives, a missive that the paper has yet to publish. Furthermore, Marshall says the group’s well-connected political consultant, former South Bay wheeler-dealer Victor Ajlouny, was the gentleman who brought Arno aboard.

According to Marshall, the real motivation behind the RGI stemmed from his realization that the Napa Pipe development would create “a population the size of St. Helena and Yountville combined —about 10,000 people —and plunk them right down at the gateway of Napa Valley, where we already have a terrible traffic problem. It’s totally inconsistent with what Napa is all about.”

Development issues beg the question: Does Napa actually need all these homes?

Consider the latest stats: According to the National Association of Home Builders, Napa now ranks as the No. 1 least affordable metro area in the United States. California clocks in with nine of the top 10 states, with fully 23 of the 26 least affordable metros nationwide, Napa being the least affordable of them all. Put another way, metro Napa is the absolute worst middle-class homebuying market in our entirely inequitable and grossly unaffordable state.

Unaffordable to whom, exactly? Well, let’s say you’re a “typical” family of four making the median income for the Napa area —about $75,000 a year. What are your percentile chances of buying a Napa-area home —new, used or set to scrape? Try 3.3 percent.

That’s right, a Napa median-income family has a better chance of locating, finagling from and financing Santa’s entire North Pole operation, elves, sleigh and all, than landing a humble abode in Napa.

Meaning the vast majority of folks who work there don’t and can’t live there. Not full-time cops, not firefighters, not school teachers, not blue collar industrial workers, city, county or nonprofit agency employees, not car mechanics, and certainly not winery or vineyard workers.

Not any, in fact, of our ballyhooed and once celebrated middle class.