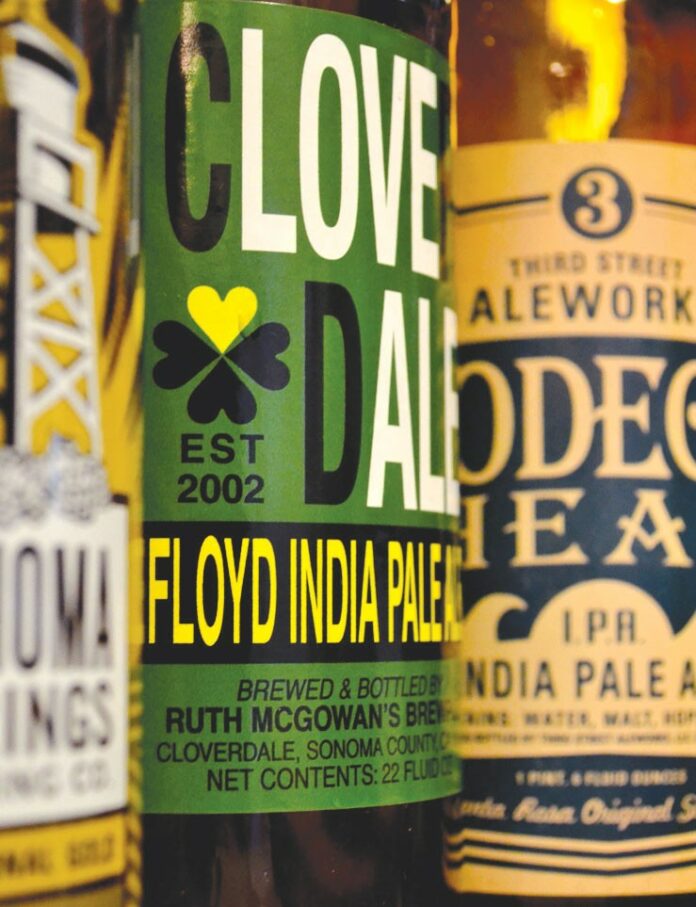 The wealth of IPA brands competing on the beer aisle is no boon to fans of different styles—even a red ale must be a “red IPA” to get a little shelf space. But for this week only, I’ll check my attitude and explore some surprising local variation within the category:

Third Street Aleworks Bodega Head IPA Although named for the Sonoma Coast’s famed promontory, the aroma and hop profile point to the east: grainy, earthy and complex, this reminds me of a spicy but mellow British IPA like Belhaven’s Twisted Thistle.
(7.1 percent ABV.)

Sonoma Springs Subliminal Gold IPA Ach, even the rare microbrewery that specializes in authentic German-style beer has to pimp an IPA on the market to survive? Doch—this is “subliminal” after all: it’s like a hopped-up version of the brewery’s Kölsch-style ale, with a hop list that includes Hallertau Blanc. If you want to keep up with the IPA-drinking crowd, but really just want a more awesome version of a traditional American beer style with German roots, this is the ticket. (7 percent ABV.)

Lagunitas IPA I wanted to include this best-selling, Petaluma-born IPA (6.2 percent ABV) as a baseline of the ultra-piney-hoppy, unabashedly bitter West Coast IPA style—but what happened here? This bottle, from six-pack, has oddly fruity, chewing-gum notes but not much more of interest. Old bottle, or new direction? In any case, I’ll stick with the brewery’s “Onehitter Series” like the latest Waldos Special Ale, with its sweet, resiny Lagunitas hop profile turned up to—well, over 11. At 11.9 percent ABV this is more like a double or triple IPA, and that’s a story for another day.