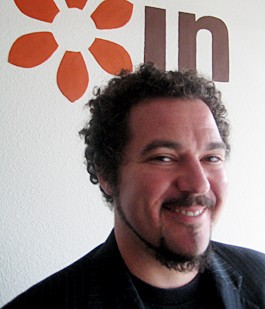 InTicketing aims to transform an industry

Ask InTicketing founder and CEO Stephen Weisz what his first concert was, and he answers without hesitation. “Nineteen eighty-nine,” he says. “The Who, in Philadelphia, at the Vet, and it just blew me away. I was like, ‘Wow, this is my world, right here. This is what I want to get involved with.'”

Just how involved he’d get, as the owner of the most rapidly growing ticket company in the Bay Area, might not have been readily apparent. But Weisz, who in a black printed T-shirt, pinstripe suit jacket and jeans exudes an entrepreneurial confidence one usually associates with the dotcom boom, seems unsurprised at his own success. “I’ve been to over a hundred Dead shows, over a hundred Phish shows, over a hundred Widespread Panic shows,” he says, sipping from an InTicketing logo mug in the conference room of his San Rafael offices, “and I was really disgusted at what was going on with convenience fees. It was part of what triggered me, what catalyzed me getting into ticketing and offering an alternative and charging lower fees.”

For a look at InTicketing’s convenience fees contrasted with Ticketmaster’s, consider the recent Spanish Harlem Orchestra concert at Yoshi’s, an InTicketing client. For a $28 show, the fee was $2.50; Tickets for Aisha Tyler’s recent concert at the Fillmore, a Live Nation venue with tickets sold through Ticketmaster, cost a comparable amount, $27.50, but the convenience fee was a staggering $9.20, and that’s without “shipping” charges. Printing the ticket at home adds an additional fee of $2.50.It’s a broken mousetrap. Weisz has a better one.

As the exclusive ticket supplier for large festivals like Burning Man, Reggae Rising and various Bay Area clubs like the Great American Music Hall, the Catalyst, Slim’s and Yoshi’s, InTicketing is turning heads in the industry, selling over a million tickets a year. Weisz, 34 and every bit the young professional, credits it not only to innovation (his background at Georgia Tech with co-founder Marc Urbaitel allowed the two to develop open-source software early on, saving thousands) but to an attractive environmental policy.

InTicketing works directly with a 30-year-old nonprofit group, Trees for the Future, to plant a tree for each ticket it sells. InTicketing also uses hemp-flax recycled fiber paper and soy ink for tickets. Weisz condemns conventional, thermal-heated tickets cut from virgin paper and treated with a polyvinyl polymer-based alcohol coating.

“To go see your favorite band—and that band may be a total environmental activist like Dave Matthews or Jack Johnson—you have to directly support drilling for oil and cutting down trees,” he says, “which just seems kind of ridiculous.

“We were doing it before it was a fad, you know, ‘going green,'” he adds. “And now everybody sees that we’ve been doing it for 10 years, and they’re like, ‘Wow, these guys must know what they’re doing.'”

Inspired by the Grateful Dead’s flashy-looking, mail-order New Year’s Eve tickets, InTicketing offers full-color tickets with custom art and holographic foil, a specialized ticket that might cost up to $1.50 at a competitor but costs under 25 cents through InTicketing. How is it done? “It’s kind of like the stealth bomber,” Weisz says. “The government doesn’t give the plans to anybody. You build this part of it, have another company build this other part, and then we bring it all together. Nobody has every part of the ticket except for us.”

To date, InTicketing has supplied tickets for 4,000 venues worldwide, and its client base is expanding quickly. But it’s still the ticket buyers that Weisz holds at the forefront, reminiscing about waiting in line overnight outside video stores in the 1990s to buy tickets in the same sentence as he points out the ease of today’s systems. The wrong way his competitors do business continues to drive him; he was especially mortified when the Grateful Dead’s merchandising was sold to Music Today, which became a division of Clear Channel and subsequently Live Nation. “These guys,” he fumes, “they get under my skin.

“But if we can make some changes in the ticket industry at large, if we can change the way Ticketmaster does it or Live Nation does it, on a global scale, that’s great,” he adds. “I’m always coming up with new ideas, and I just tell people my ideas all the time. And they’re like, ‘Hey man, you should patent that, you shouldn’t tell people that!’ I’m like, look, if we’re filled up in a world of all my good ideas, if someone wants to go and take it and make it happen in the way that I’m seeing it, then all the power to them. Let’s see that happen.”

Part of Their World