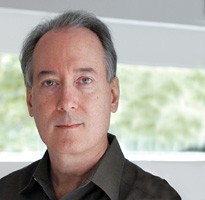 From Print to Pixel

Dan Gillmor’s announcement this past January that his experiment with citizen journalism through his website Bayosphere was effectively over came relatively quietly, especially when compared to the frenzy his widely influential 2004 book, We the Media, caused.

In the beginning, Bayosphere, started by Gillmor, the former tech columnist turned blogging guru, was designed to democratize the media from the bottom up. It even attracted some seed funding from eBay founder Pierre Omidyar’s Omidyar Network.

But in a recent candid post on Bayosphere, Gillmor wrote that the response to his site had been “underwhelming” and that he had erred by trying to have it “pay its own way out of the gate.”

He listed several lessons that he learned from the experiment, including the idea that limiting participation in citizen journalism ventures isn’t “necessarily a bad idea,” something that may sound antithetical to citizen journalism’s democratizing mission.

These days, Gillmor’s main focus is on establishing a new nonprofit organization, the Center for Citizen Media, which is affiliated with both Cal’s journalism graduate school and the Berkman Center for Internet and Society at Harvard Law School. Bayosphere, meanwhile, has been bought by Backfence.com, a startup that focuses on community-driven citizen journalism. Backfence is starting a citizen journalism site in the Bay Area. Gillmor will continue to blog on Backfence, which focuses on “hyperlocal” news and, like Craigslist, offers free classified ads to consumers and sells classified and display ads to businesses.

The Bohemian caught up with Gillmor online while he was in a conference in Finland. In a wide-ranging discussion, he explains why, despite Bayosphere’s unfulfilled potential, citizen journalism is alive and well.

Bohemian: Aren’t newsrooms facing either-or decisions today by having to decide whether to invest time and resources in blogs and the democratizion of media, or in more traditional old-media methods of ramping up editorial content, such as investigative and foreign reporting?

Dan Gillmor: Businesses always have to make decisions about how to deploy resources. You might just as well say that newsrooms are facing an either-or decision on local nuts-and-bolts news vs. investigations. It’s never that binary. The key problem facing professional news organizations now is declining audiences combined with uncertain revenues and financial speculators posing as investors. That makes the choices even more difficult. This reality exists independent of what editors and publishers might like to do.

I don’t agree that investigative reporting and citizen media are incompatible. In some cases, enlisting the audience in a reporting task–where lots of people could ask one or a very few questions as part of survey or project–could have fantastic results.

Do you see an editor having a gatekeeper role to play in the citizen journalism model? Or do you feel hierarchical models no longer work for media?

The need for some kind of human intervention isn’t going away. At the very least, you need moderation, in several senses of the word, where people can post publicly.

Sometimes, the audience can exercise an editorial function. Sites like Digg and Newsvine, which rate stories by popularity, are an interesting start toward a more interesting combination of human and machine intelligence, but we have to add reputation to the mix to get a more worthwhile result.

Pro journalists, if we can afford to pay them (I hope so), will be as much guides as oracles. That’s not so much gatekeeping, a command-and-control function, as something much more interactive.

The investigative journalist Seymour Hersh was asked by a British newspaper about your “We are the media” thesis. He responded, “Now the Internet is so vibrant that everything’s on it–on blogs, logs or websites.” Do you believe that’s the most promising aspect of citizen journalism–its ability to replicate the public square rather than replicate Seymour Hersh?

Seymour Hersh, like a small number of other great reporters, can’t be replicated. They’re forces of nature. We need the work they do. He’s right that the Net is making his work vastly more prominent than in the past. That’s what tends to happen in an ecosystem where the highest quality stuff gets flagged and pointed to.

In the Guardian interview you cite, Hersh also said, “Now everyone’s worried that blogs will drive newspapers out of business, but it’s not going to happen.” This was a reference to journalistic competition, which so far isn’t all that serious from blogs (though at least a few are clearly doing a better job than their traditional counterparts).

The competition issue that matters in the near term is the financial one. When companies that consider journalism a distraction taking away classified advertising and other revenues that support traditional journalists, you have the real issue. Blogs aren’t driving newspapers out of business; eBay and Craigslist and the host of advertising competitors might.

Newspapers and other media companies have no more innate right to exist than any other enterprise, but it would be terrible for our society if what big journalism does well failed to survive the current turmoil.

I love the public-square part of blogging. I wish more newspapers and local broadcasters would embrace it, too. I think they’ll have no alternative in the end.

Do you find it unsettling that one of the dominant characteristics of the blogosphere is its anonymity, which prevents accountability?

I disagree with the premise. Most blogs are not anonymous. Comments often are, however.

We need more transparency in many ways. The pros could tell us a lot more about how they do their work. Certain bloggers could tell us more clearly when they have a stake in the outcome of what they’re discussing. Just as important, the audience has to update its media literacy skills, weighing what it sees and being much more careful in trusting things.

Alan Rusbridger, the editor of the Guardian, had this to say about blogs at a speech at Oxford University on June 8: “Millions of websites will aggregate what we do, syndicate it, link it, comment on it, sneer at it, mash it, trash it, monetize it, praise it and attempt to discredit it–in some cases all at once. But no one will actually go to the risk and expense of setting up a global network of people whose only aim in their professional lives is to find things out, establish if they’re true and write about them quickly, accurately and comprehensibly.” How would you respond to that?

Alan is one of the journalists I most admire, and I largely agree with him. Again, I’m anxious that the business model supporting the Guardian will survive so we can learn what its army of correspondents discovers and sifts.

The context of Alan’s remarks is important, too. He and his colleagues have done more than most newspapers to embrace blogging and other conversational media. They have a long way to go, but they’re clearly among the most clued-in people around when it comes to understanding–and deploying–these tools.

What’s the difference between a citizen journalist and a citizen commentator or pundit?

Sometimes they’re the same, just as a newspaper columnist is a journalist by almost any standard you can name. Advocacy journalism is no less the real thing than boilerplate wire-service writing; it’s just different. The best journalism is based on reporting, though–on the gathering of data and explaining its context and meaning.

I’m about to start work on some online educational help for would-be citizen journalists. My focus will be on journalistic principles, not practices. They include accuracy, thoroughness, fairness, independence and transparency.

Keep in mind that most bloggers don’t consider themselves journalists, and that’s fine. When I was writing letters home and to friends in the ancient days before personal computers, I hoped my writing had value for them. But I definitely wasn’t doing journalism.