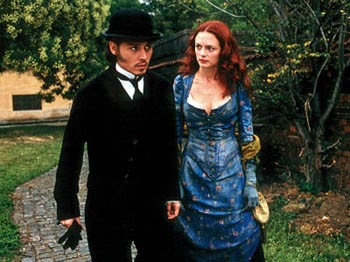 AFTER THIS LONG, cruel summer, Hollywood should have a big scarlet letter pasted firmly onto its collective forehead. “C” for crap, maybe. Or an enormous red “O” for, “Oh my god, we’re extremely sorry about that Pearl Harbor thing.”

But perhaps film fans can expect some relief in the fall, a time when the studios traditionally atone for the grotesque excesses of their summer blockbuster binge by serving up more sophisticated fare.

Would that life was so sweet and so simple. Instead, the fall of 2001 appears to offer a mixed bag of the good, the bad, and the ridiculously weird.

Let’s put the worst first. In Zoolander (Sept. 28), Ben Stiller plays a male model recruited to stop a global conspiracy involving a nefarious fashion cartel. Confused? Everything becomes clear when you learn that Stiller, who directed and co-wrote this baby, based the film on a skit that he and Drake Sather put together for, ahem, the 1996 VH1 Fashion Awards. Here, at last, may be the answer to a very disturbing question: Could anything be less funny than a full-length feature spun out of a Saturday Night Live segment?

“I’ll be back,” Arnold Schwarzenegger once famously remarked. Alas, what he meant was “You’ll never get rid of me.” After reaching dreadful new lows in last year’s abysmal Sixth Day, Arnie tries again with Collateral Damage (Oct. 5), in which he plays a firefighter who loses his family to a terrorist bomb. Wanna guess who takes vengeance into his own hands?

Somewhat more promising is From Hell (Oct. 19). Emboldened by his triumph over the Headless Horseman in Sleepy Hollow, Johnny Depp teams up with Heather Graham to take a stab at bringing down another old-time bad guy–Jack the Ripper. What sets this flick apart is that it’s directed by Albert and Allen Hughes, the talented twins who served up Menace II Society and Dead Presidents. Nineteenth-century London may never be the same.

An even better bet: Steve Martin plays a mild-mannered dentist caught up in a bizarre murder plot in Novocain (Oct. 19). Helena Bonham Carter shucks her ape costume to play a mysterious patient who starts the good doctor’s descent into the dark side of dental hygiene in this blacker-than-black comedy.

Maybe you love films like Eraserhead or Lost Highway, or maybe not. But after the surprisingly gentle The Straight Story, you don’t know quite what to expect from David Lynch anymore. Still, Mulholland Drive (Oct. 12) seems to be a return to the strange old days. Laura Elena Harring plays an amnesiac who tries to uncover her past with the aid of an aspiring actress. Explicit lesbian trysts? Check. Bizarre plot twists? Check. Surreal identity swaps? Check. Yep, Lynch is back.

Fall brings back another offbeat director with the release of Richard Linklater’s Waking Life (Oct. 19). The man who took us from the high of Dazed and Confused to the low of The Newton Boys now serves up this mind-bending animated meditation on the human condition.

And last but hardly least: Could a bad flick be made out of Harry Potter and the Sorcerer’s Stone (Nov. 16)? Of course, and even the worst adaptation of the first book in J. K. Rowling’s fabulously successful fantasy series would break all known box-office records. Yet there’s reason to hope that director Chris Columbus (Bicentennial Man, Monkeybone) won’t completely screw things up.

After all, Warner Brothers has to sell six more Harry Potter flicks to the young wizard’s rabid fans. If Columbus can’t pull this off, he’d better have a fast broomstick in the closet.

From the August 23-29, 2001 issue of the Northern California Bohemian.