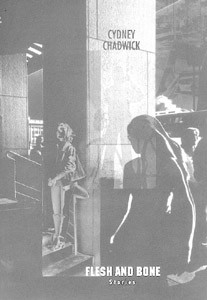 Fall Literature From the North Bay

By Greg Cahill and Patrick Sullivan

HOW BUSY are North Bay authors? Busy enough that we don’t have room to review all the novels, short-story collections, children’s books, or poetry chapbooks produced by local creative types in recent months. But here we offer a broad sample of work produced in the increasingly prolific literary scene.

Susie is the “fanciest cat in Paris”–until her life turns upside down when she gets lost in the subway system in this charming children’s book from Sebastopol author Marsha Diane Arnold. Can the former cover model for Fancy Cat Magazine adjust to a new life performing with an elderly street musician? Believe it, baby!–P.S.

A short-story collection that opens with a tale of a man’s relationship with his contact lenses is not for everyone. Yet Penngrove author Cydney Chadwick has a gift for using the mundane minutiae of everyday life to weave compelling accounts of postmodern alienation and despair in the lives of such characters as a nameless apartment dweller who comes to rely on a neighbor’s marijuana habit. These accounts also offer a dry, painful humor: “When he ventures down the stairs to his mailbox he is still a famous poet, but while on the street amidst others he is not quite as renowned. The further he gets from his apartment the less well-known he is.”–P.S.

Award-winning Petaluma poet Terry Ehret offers another collection of powerful, profoundly moving poetry. The book’s first piece, “Thirst,” displays Ehret’s kinetic way with words: “This year I’ve felt the push of antlers/ thrusting out of my head.” Particularly relevant in light of current events is a poem titled “Among the Involuntary Missing” and dedicated to Polly Klaas: “Grief, I think, is the only emotion that endures,/ rearranging who we are, living/ alongside us, ghosts/ everywhere, even in the long warm evenings/ where you think they would not dare to follow . . .” –P.S.

“All she could claim to have achieved in the past decade, it began to dawn on her, was the avoidance of harm.” With that realization, the lonely woman in the well-crafted opening tale of this short-story collection makes a decision her brain warns her against: she gets involved with a married man. But the result is far from what she–or the reader–expects. Indeed, avoiding the predictable is one of Frank’s strengths as a writer. This Santa Rosa author also has a gift for character and description that makes this collection a pleasure to read. Her subject matter ranges from women confronting the trials and tribulations of middle age to the extraordinary reproductive organ of the beleaguered Carlos Artiga: “When it commands release Carlos has no choice. He will be unable to undertake the day’s appointments until the tyrannical member is given its way.”–P.S.

A mother and her two daughters take turns narrating this sprawling tale of a family disintegrating under the terrible pressures of jealousy, family dysfunction, and madness. Author Suzanne Gold, a Marin County psychologist who has schizophrenia in her family, drew on personal experiences to delve deeply into the impact of mental illness on the three women at the heart of her book. Unfortunately, though the author offers an interesting (and often heartbreaking) perspective on schizophrenia, her characters are all too often one-dimensional and predictable–especially the mother, who seems to have ridden in on a broomstick from Oz.–P.S.

The overwhelming superiority of the author in every field of human endeavor is the theme of this collection of 21 poems. One excellent reason to attend local poetry festivals is to hear Raskin–a professor of communications at Sonoma State University–read some of this work aloud. This stuff is pretty funny in print, but the poet gives it enough spin in person to bust a gut or two. From “Sexier”: “I’m sexier than you and/ I have more sex appeal and more sex drive, too/ a libido you’d die for. In fact, I’m the male sex symbol for the 21st century!” Or try “More Buddhist”: “I’m a better Buddhist than you, my beloved/ I breathe better and/ Sit better and meditate more often–I’m more Karmic than you and/ I’m the captain of the Koan.” And so on. You may know a few people who will not realize these poems are satirical. Never trust those people again.–P.S.

Do you remember when Egg Queen Martha King came to town? Probably not. What about the tussle between Women’s Christian Temperance Union members and Sonoma County’s growers of wine grapes and hops back in the Prohibition era? No? Ever hear about the Petaluma car fire of 1912? Quite a conflagration. Sit back and let Lee Torliatt, a fifth-generation native of Sonoma County and vice president of the Sonoma County Historical Society, reminisce about the good–and bad–old days in this thoroughly entertaining and highly informative 128-page paperback. It’ll give you a chance to catch up on the riot that ensued after the 1943 Big Game between the Santa Rosa and Petaluma high schools.–G.C.

“This morning the earth shook and threw us from our beds. We were not hurt, just stunned.” So begins this children’s book based on the experiences of the Santa Rosa author’s mother in San Francisco’s Chinatown during the 1906 earthquake. Yangsook Choi illustrates this charming adventure, which offers an exciting (but not terrifying) way to introduce young kids to a remarkable slice of history.–P.S.

“I shall give you poetry, without end,” begins this chapbook by the Sonoma author who two years back gave us Beloved Disciple, Daughter of Logos. Concerned with the issues and imagery of love, sexual politics, and religion, Daughter offers a wide variety of verse, including this: “FUDGE, FUDGE, TELL THE JUDGE/ MOMMA’S GOT A NEWBORN BABY/ WRAP IT UP IN TISSUE PAPER/ SEND IT DOWN THE ELEVATOR/ UPSTAIRS, DOWNSTAIRS/ OUT THE BACK DOOR.” –P.S.

“You’re not in one of your famous moods again, are you?” Judy Moody’s dad asks. That’s a silly question to ask the moodiest girl in third grade, who is deeply e-n-v-i-o-u-s that her archrival, the pointy-headed Jessica Finch, just scored top honors in the big spelling bee. And the more Judy tries to catch up and win her own 15 minutes of fame by overachieving, the more she gets i-n-f-a-m-o-u-s for getting into trouble. Sebastopol children’s author Megan McDonald has delivered a charming sequel to last year’s award-winning Judy Moody. And once again, Peter Reynolds’ expressive line drawings are an excellent match for McDonald’s lighthearted style. –P.S.

The ironic disparity between a young boy’s grand ideas about iguanas and the quotidian reality of the creatures in question forms the linchpin upon which this illustrated children’s book turns. For example, the narrator expresses this belief: “My iguana would speak a foreign language because it comes from a different country.” But, as readers may be aware, most iguanas have abandoned their native language in hopes of landing a job at McDonald’s. John Raptis delivers appropriately whimsical illustrations–P.S.