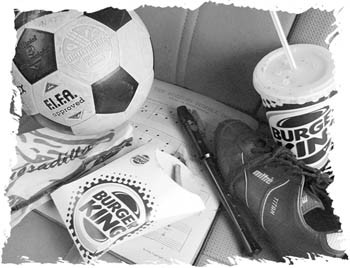 I HATE TO DRIVE. I’m also the mother of two young children, ages 3 and 5. A few years ago, if you’d asked me what the former had to do with the latter, I’d probably have responded, grumpily, that I wasn’t looking forward to shuttling my kids to music lessons, soccer practice, and friends’ houses five days a week. Only recently have I realized how inextricably connected driving and motherhood really are. And in the process, something personal–chauffeuring my kids around town–has become something political: understanding the deleterious effects of an automobile-centered society on women, children, and the institutions that sustain them.

“Women drive more because they do the bulk of household production tasks such as shopping for groceries and dropping kids off at day care–what we call ‘trip chaining,’ ” says Catherine Lawson, a researcher at Portland State University who studies gender and transportation patterns. It’s not that fathers never perform family driving tasks; it’s just that mothers, by and large, do more.

And what mothers do has changed over the years as more and more drive their kids away from neighborhood schools to high-performing public and private institutions. That daily exodus coupled with the sprawl that often puts families miles away from the essentials–supermarkets, laundromats, hardware stores, and the like–have conspired to create an unlikely situation. The simple act of walking–to school, to the store– increasingly belongs to the affluent.

As a work-at-home mother, I find it impossible to avoid driving my kids: to the doctor’s office, to the dentist, to friends’ houses, to swimming pools, to indoor play parks, and to children’s museums located only in far-flung areas. Like many women with children, I spend a good portion of every week strapping my kids in and out of car seats, negotiating back-seat squabbles while changing lanes, and scooping up wayward preschoolers as they skip dangerously through one of an infinite number of parking lots. It’s as if automobile access has become a necessary adjunct to child rearing, on a par with caring parents, health care, and a good education.

The specter of mothers haunting the streets creates several problems. First of all, the stress women incur from driving their kids around town is tremendous, if not yet quantifiable. Ask any mother; road rage is a tame descriptor when you’re stuck in traffic with a screaming child in the back seat.

A far more complex issue is the connection between mothers’ increased drive time and the erosion of urban institutions. This enormously complicated set of relations between land use and transportation patterns, between suburban development and inner-city decline, became clear to me this year when my husband and I enrolled our son in our neighborhood school. As it turns out, we are part of a dying breed. Concerned about deteriorating quality in the public school system, most of our friends and acquaintances now forgo the neighborhood school and instead enroll their children in the best magnet program or private institution they can find.

“There are six kids on our block, and all of them are going to different schools,” one mother recently told me. The majority of these travelers, you guessed it, are driven to school by mom.

SENDING your child to the best school you can find–or afford–carries with it an infallible logic. But what happens to the community school when half the parents send their kids to institutions outside of the neighborhood? How has inadequate funding for urban school systems led to an increase in the number of cars on the road . . . and the number of mothers who drive them? And what happens to the neighborhood when no one is walking to school?

The health of a community, says urban social critic Ray Oldenberg, can be measured by the number of amenities located within walking distance. By this standard, the community is far from well. Largely because walking has become both unpleasant and dangerous, the number of adults and children walking to school and to work has declined dramatically since the 1970s, according to Sprawl Watch Clearinghouse. Although it used to be the most common way of getting around in cities and towns, today only 5.5 percent of all trips are on foot.

Interviews with department of transportation officials in 10 states reveal that kids are walking to school less than in the past, mostly owing to parental concerns for safety and to siting of new schools in outlying areas where lack of sidewalks makes it difficult to walk. It’s no surprise, perhaps, that a study released last year by the Centers for Disease Control links increasing childhood obesity rates to automobile-centered lifestyles.

Today, traffic congestion has added a startling new dimension to class-based travel problems. Reversing a decades-old trend, walking, not driving, is becoming a privilege of wealth. Compare the rising poverty rates in the nation’s older “carburbs” with upscale New Urbanist communities like Seaside in Florida or award-winning Orenco Station in Portland. Or consider the gentrification that is claiming inner cities across the country, replacing affordable housing with premium-price condos located only a stone’s throw from work, shopping, and entertainment.

With the advent of new light-rail systems, U.S. metropolitan areas plan more family-friendly transit projects, such as putting dry cleaning businesses and day-care centers along rail stations. The Metro rail system in the Washington, D.C., region has child-care facilities at two of its train stops. In San Jose, the Tamien Child Care Center is located at a light-rail stop and offers family dinners to go, dry cleaning, and hair cutting for the children.

But these developments alone won’t get mothers out of their cars. As the link between driving and out-of-favor public schools suggests, strong educational institutions are essential for thriving–and sustainable–communities. Good urban planning can’t solve all social problems. But it can certainly put communities back on the map and–don’t forget–give mothers some of their time back.