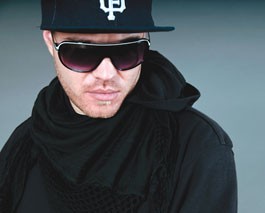 It seems like only yesterday that Evan Phillips was DJ-ing local joints like the Inn of the Beginning and Clo’s Ice Creamery, but in actuality, it’s been a full decade between those early nightclub excursions and this week’s release of his first proper debut album, Patience. And though the MC, DJ and producer known as Truthlive has since started the successful label Interdependent Media with fellow Santa Rosan Domenic Del Bene—releasing acclaimed albums by K’naan, Tanya Morgan and Finale—Patience shows that Truthlive’s first love, and deep-rooted talent, is on the mic.

Produced entirely by red-hot Dr. Dre cohort Jake One, Patience oozes with haunting beats and blurbs of bass; elsewhere, there’s glockenspiel, tambourine and scratchy horn samples to fill out the mix. Yet Truthlive’s lyrical prowess is what steals the show here, and anyone who’s ever cynically naysayed the idea of a truly great hip-hop album from Santa Rosa is about to get a three-egg omelette on his face. Truthlive is smart and aware without falling into the “socially conscious” hip-hop trap; on “You Do You,” he likens big business to phony rappers: “Corporations run the nation,” he spits, “Selling violence, fear, sex and degradation / Money makin’, takin’ lives, fakin’, frontin’ all the time / Let’s change the whole design, I’m a monster with these rhymes.”

Detroit’s Finale, who blazed up year-end lists last year with A Pipe Dream and a Promise, guests on “Catalyst for Change,” and “The Bush Years” manages to evoke those lousy eight years in a timeless fashion. If there’s just one essential track to download, though, it’s “Nature of Man,” an epic piano-driven closer into which Truthlive puts his entire mission in a nonstop collision of the personal and the political. It sits firmly in the Top 5 Greatest Rap Songs from Santa Rosa, and is easily the No. 1 Greatest Rap Song Recorded Behind the 440 Club.