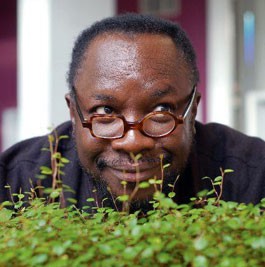 Method to the Madness

In the post-Portishead trip-hop roulette of the mid-’90s, with record labels scrambling for anything remotely blunted and British, Neil Fraser’s number finally came up. After over a decade of groundbreaking dub production in the United Kingdom that went largely unnoticed outside of reggae circles and the famously prescient BBC DJ John Peel, the dub clinician known as Mad Professor got a call that would change his career path permanently. A humble band from Bristol named Massive Attack had a successful sophomore album, Protection, and was Mad Professor by chance interested in remixing it for a proper release?

The resulting full-length No Protection is still Mad Professor’s best-known work, and it sticks as something both very cohesive and unrepresentative in his discography. Deep and spacey with heavy bass, the dub reworking renders No Protection a mine of surprising detail. This is what dub remixes are for—to zero in on one sound, extract its impact through effects, and send it to the forefront of the cerebral cortex. While Sandinista! introduced an ’80s generation to dub, No Protection instructed and intoxicated their children.

And yet Mad Professor doesn’t belong on the trip-hop stage, if there even is such a thing anymore. An astute disciple of Lee “Scratch” Perry, he belongs either in a dark club twisting knobs or a dank studio twisting a spliff, not messing around with passing fads. This weekend, now 55 years old, he makes a guest stop at Monday Night Edutainment with Chukki Starr and Gappy Ranks, and no dub fan in the North Bay should be caught anywhere else that night. Warm yourself up for Tuesday’s 4/20 festivities when Mad Professor plays on Monday, April 19, at the Hopmonk Tavern. 230 Petaluma Ave., Sebastopol. 9pm. $10&–$15. 707.829.7300.