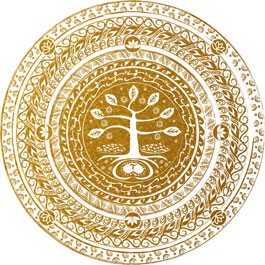 In Northern California, there’s no shortage of Filipino Americans. (I am one of them myself.) But while boxing sensation Manny Pacquiao is certainly guaranteed ample space in the history books, there’s a huge chunk of Filipino culture that’s in danger of being lost forever. Avoiding this fate is the mission of the International Babaylan Conference, slated for April 17&–18 at Sonoma State University in Rohnert Park.

“There are very many of us that have never even heard the word ‘babaylan,'” says Leny Strobel, associate professor of American multicultural studies at Sonoma State, and also the conference director and founder of the Center for Babaylan Studies. “[By attending the festival] you would understand what the babaylan tradition is, the practice, the concept, its primary meaning and its contemporary meaning in modern times.”

The babaylan in an indigenous healer or shaman figure in traditional Filipino culture. Also known as catalonan, ma-aram, mombaki, man-nawac, beliyan, baylan and by many other names in different indigenous languages, this figure plays a central ingredient in every community.

“The babaylan is a person gifted to heal the spirit and the body, a woman who serves the community through her role as a folk therapist, wisdom-keeper and philosopher—one who provides stability to the community’s social structure,” Strobel says. “She can access the spirit realm and has vast knowledge of healing therapies.”

Much like the indigenous tribes native to America, followers of the babaylan tradition were nearly destroyed by the onset of colonialism. When the Spanish arrived in the 1500s, these women were labeled as pagan and even satanic brujas (witches) by the friars of the Catholic faith that still dominates the spiritual landscape of the Philippines today. An expected identity shift followed suit.

“Colonial mentality took its hold,” Strobel says. “Many educated Philippine people began to look down on their indigenous culture, and strived to be less and less native and more and more Western, like their colonizers.”

The first International Babaylan Conference gathers healers, artists, scholars, activists, dancers, chanters and other guest “culture bearers” who want to be immersed in the ways of their pre-European-colonized ancestors. Artist and scholar Katrin de Guia will speak about the indigenous psychology concepts of kapwa, a Tagalog word denoting the concepts of both “self” and “others.” This type of interconnectedness seems a progressive concept, especially in the face of growing religious extremism, but Strobel reminds otherwise.

“This different worldview is not new; it’s something that is very old,” she explains. “Indigenous spirituality was never separate; all is sacred. It is only with the development of modern identities that this split between secular and sacred came to be.”

Likeminded individuals are allies, unwittingly or not. “Van Jones calls this the need for a ‘reverence movement,'” Strobel says. “But regardless of what the contemporary movements in the U.S. might call it, indigenous peoples have always known and kept this knowledge in their cultural genes and memory.”

Also appearing is Virgil Apostol, who is an Ilocano ablon healer. His speech will explore indigenous Babaylan healing techniques in relation to standard Western medicine. “The kind of knowledge that they’ve had has always been scientific,” Strobel says. “The literature being done by anthropologists and scientists is proving that shamanic knowledge is scientific and totally relevant to today.”

Strobel first learned of babaylan endurance on a 2008 trip to the international Kapwa 2 Conference, whose theme that year was the relevance of the indigenous in the age of globalization.

“The conference was the catalyst of many years of questing for an integral answer to the question of how Filipinos in the diaspora can reclaim a connection to the homeland that is beneficial to the communities one is part of,” Strobel remembers. “I met babaylans, oralists, chanters, scholars, indigenous leaders, artists, culture bearers who, against the tide of globalizing forces, maintain their indigenous worldview and practices with so much integrity, creativity, strength and conviction. That was all I needed to be convinced that I was on the right path.”

While the conference provides an important service to Filipino Americans, Strobel insists that the lessons of the babaylan are meant for everyone. With so many modern-day challenges, these teachings come just in time.

“The Filipino value of kapwa [the self in the other] is always inclusive,” she says. “We are extending our historical lens from 500 years of modernity to 10,000 years of how we have lived on the planet, changed its landscape and created the problems we have now. We hope that it will encourage participants to become more reflective of how we can face the crisis of our time.”