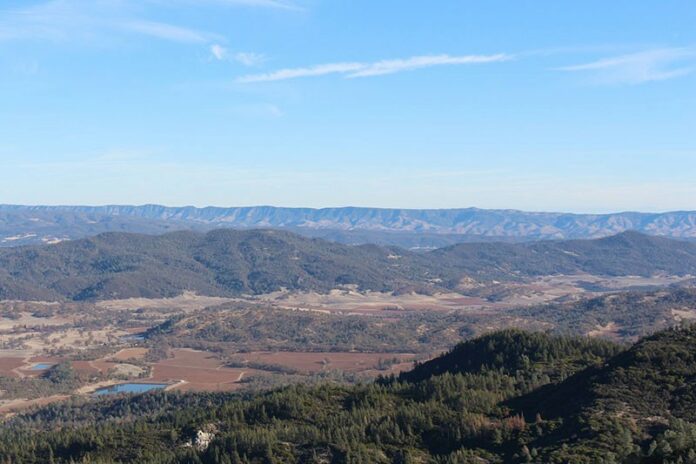 Napa Valley’s real estate market is a land of extremes. The same week an 88-acre swath at the northern end of the valley was put on the market by Christie’s for $100 million, the Land Trust of Napa acquired the 1,380-acre Sutro Ranch free of charge.

The nonprofit was gifted the property from the estate of Betty Sutro, who bought the land in 1950 with her husband, John. Sutro passed away in 2012, leaving the land trust with the largest land gift of its 38-year history. The trust says in a press release that the preserve at the end of Atlas Peak Road on the east side of the valley will be second in size only to its Dunn-Wildlake Ranch Preserve and will focus on wildlife preservation and habitat restoration. The land is not open to the public at this time.

In contrast, the 88-acre,
$100 million piece of land is priced as such because of development easements approved for the land, according to reports in the Press Democrat. In short, the site deemed “the crown jewel of Napa Valley” is ready for development to the highest bidder. The highest price ever paid for a residential sale in the United States is $120 million for a 50-acre Connecticut home, also with developable land.—Nicolas Grizzle

NOTHING TO SEE HERE

One of these days, a writer will come to Bolinas and write a story that refrains from cliché: the inevitable mention of how locals removed highway signs leading to the Marin coastal town as a way to keep it from being overrun by tourists, developers and travel writers from the New York Times.

But until the cliché is retired, we’ll have to endure mocking pieces about Bolinas like the one in last weekend’s Times.

The writer descended on Bolinas and discovered a hotel in town called the Grand Hotel. Except it’s not so grand, after all, unless you’re a person of limited means, in which case it’s affordable. He trashed the place.

Ditto the Free Box, where people leave unwanted possessions so others might make use of them. The writer wasn’t having any of that community stuff, and snidely mocked the Free Box based on a few items he found there. The Free Box is utilized by working-class Mexican immigrants and poor artists trying to keep the nobility in their poverty. They find all sorts of cool and useful stuff in there, all the time.—Tom Gogola

Workers at the Graton Casino were signing union cards this week in an effort to join Unite Here Local 2850, which represents hotel, food-service and other hospitality employees.

“Management is staying neutral,” says Sara Norr, a researcher with Unite Here. “Before the casino opened, the leadership said they’d stay out of the way if the workers wanted to organize.”

Norr says casino janitors make $12.50 an hour, a rate above the minimum wage but still a tough deal in pricey Sonoma County. The union is also pushing for better health care benefits.

Other jobs at Graton pay higher hourly rates, but none, says Norr, compete with wages in San Francisco or the East Bay, typically in the $18–$20 range.

By Tuesday afternoon, about a hundred workers had signed cards, says Norr. If a majority of the 650 workers are on board, “then management said it would go along with that, and bargain a contract,” Norr says.—Tom Gogola