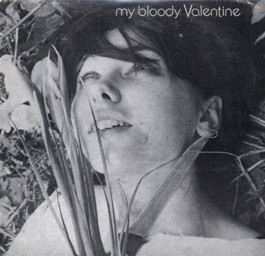 by Sara Bir
Dec 19, 2007
The story is somewhat legendary: My Bloody Valentine, led by Kevin Shields, formed in Ireland in 1984, relocated several times and plugged away without much notice until their album, Isn’t Anything , a juxtaposition of distorted guitars and ethereal vocals, garnered critical acclaim. Their follow-up, Loveless , excavated even further into a mix of fragile beauty and fabricated chaos—diamonds muted in felt. Loveless is sculpted rather than arranged, a studio album if there ever was one. Shields’ primary interest was crafting moments that never sonically existed in real time, a process that was painstaking enough to require what was rumored to be Loveless’ $500,000 recording cost, a substantial sum for an unproved band on an indie label in 1991.

After Loveless , My Bloody Valentine signed with Island records, disappeared into Shields’ home studio and never came out. By 1997, their membership was down to Shields and co-vocalist and guitarist Bilinda Butcher, with no new albums on the horizon.

Shields has announced the band is reforming to play a handful of shows in Britain and to finish that damn lost record already. Loveless was the touchstone of the shoegaze era; it left listeners hungry for more, and now they can finally exhale. But based on prior performance, it is perhaps a shrewd move to assume that My Bloody Valentine won’t deliver the promised album within the new year, or even the ones after that.

In the meantime, there’s a whole universe of music to listen to out there, a fair share of it My Bloody Valentine&–derived. Here’s the cream of the lesser-known crop.

The Athens, Ga., instrumental band Japancakes recently released a start-to-finish cover album of Loveless , and—surprise!—it’s neither a novelty nor a goggle-eyed homage. Japancakes’ interpretation replaces the vocals (something My Bloody Valentine happily blurred deep in the mix) with instruments such as slide guitar, cello and Farfisa organ, resulting in more straightforward, less atmospheric songs. And by bringing those heretofore buried melodies to the forefront, Japancakes transform some of Loveless’ mellower transitional tracks into lovely standouts, such as “Touched,” which seeps with unvarnished melancholy.

Japancakes strip away the diaphanous haze that My Bloody Valentine liberally applied to their recordings, revealing the rock-solid songwriting that’s not immediately apparent when listening to the original versions. Their Loveless cover makes a fine complement to the original, but still shines in its own right.

Shortly after imports of Loveless hit our American shores, a number of bands took to the distortion pedal. One such band, Philadelphia’s Lilys , put out a somewhat maudlin but still enjoyable copycat album, In the Presence of Nothing , in 1992. Listen to the gorgeous metallic wreckage of “Tone Bender” (whose chugga-chugga guitar paired with whisper-soft vocals follows My Bloody Valentine’s “Only Shallow” template to a T), and dare to say imitation isn’t the sincerest form of flattery. Lilys’ productivity has far outstripped My Bloody Valentine’s; the band has recorded nine albums and counting, covering a stripped-down ’60s garage-rock phase up to the psychedelic art-pop they continue to perform to this day.

Also still very much active are Seattle’s Voyager One , who take more musical cues from early, ultradruggy Verve (they’re more percussive and vocal-driven), but share My Bloody Valentine’s devotion to studio-crafted musical environments. Particularly of note is their 2002 album Monster Zero , which hints at what happens when a band takes a dance-centric track like Loveless’ “Soon” and runs with it. Voyager One, who are a super-tight live act with or without My Bloody Valentine comparisons, have a new album on deck for February 2008, and if precedent serves, it should be a good one.

And, of course, there’s no way to write a list of My Bloody Valentine supplements without mentioning the Sacramento power trio Electro Group , whose fiercely eloquent songs are the ultimate distillation of My Bloody Valentine’s punkier side. Both A New Pacifica and their latest, the succulent Good Technology , don’t skip on the fuzz, the volume or the blissful catchiness.