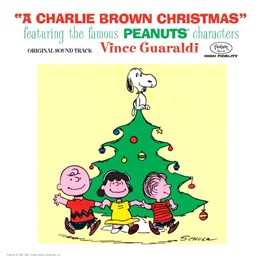 Come Let Us Adore Them

E ven though it seems everyone has tired of the incessant caroling, there’s still a demand. That’s the argument of Darren Davis of radio conglomerate Clear Channel, whose station WLIT set another record in the Christmas race to the bottom by beginning Christmas programming the day after Halloween. In an interview with the Chicago Tribune , Davis said, “Everyone thinks it’s a good idea to be the alternative for all those people who don’t like Christmas music, but I see the ratings every year that show those people don’t exist.”

So somebody’s listening. And those of us who retreat into darkened rooms late at night to turn on the Christmas station or give “Jingle Cats” another spin could be treating ourselves much better. Here are some bona fide Christmas classics and surprising discoveries that you don’t need to feel guilty about.

‘A Charlie Brown Christmas’ and ‘Ella Fitzgerald’s Christmas’ These are the standard bearers, immediate choices and likely a bit overplayed. But unlike 90 percent of the Christmas radio chestnuts that seem so inevitable that they may as well be part of your genetic code, the tracks on these two holiday chestnuts have an ethereal and eternal quality that truly conjures up nostalgic memories of holidays past and mirages of slowly falling snow.

‘A New Possibility: John Fahey’s Guitar Soli Christmas Album’ Leave it to virtuosic folk guitarist and far-thinker John Fahey—who could take a Kenny G composition and turn it into something revelatory—to take the hoariest of Christmas standards and render them transcendent and somehow new. The 20 tracks on this holiday collection are not only among the finest the holidays have to offer, but are worth a listen regardless of the season.

‘A Christmas Gift for You from Phil Spector’ It’s a bit uncomfortable in this day and age to offer the stamp of approval for anything associated with Phil Spector, akin to acknowledging that OJ was entertaining in the Naked Gun movies. But this album, produced by Spector in his ’60s Wall of Sound heyday, is not only a Christmas classic but an incredible slab of ’60s soul in its own right. Featuring tracks by the Ronettes, the Crystals and Darlene Love, you’d be shocked to hear how many of the best of the Christmas station standard bearers came from this classic.

WOXY Radio’s ‘Holiday Mixer’ Cincinnati’s trendsetting independent radio station WOXY is spreading the holiday cheer online with a streaming Internet station that mixes Christmas classics by the likes of Nat King Cole and Elvis Presley with über-hip holiday renditions by the likes of the Polyphonic Spree, the Arcade Fire and Yo La Tengo. It’s an eclectic mix of the sublime (Low’s “Little Drummer Boy” is stunning) and the surreal (selections from John Waters’ Christmas album). Listen online at [ http://woxy.lala.com/holiday.php ]http://woxy.lala.com/holiday.php.