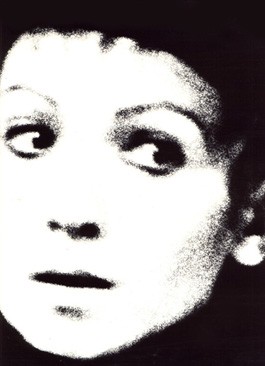 A bout halfway through the classic hooker fantasy Pretty Woman , the dentally gifted prostitute played by Julia Roberts casually informs the angsty billionaire played by Richard Gere that she has never seen an opera live onstage. In response, he cancels his many appointments, charters a jet and flies her to San Francisco to see La Traviata . While I, too, fantasize that someone would set me up with airfare and tickets to a really great concert or the latest hot Broadway musical—on the actual street named Broadway—I realize that I hold as much chance of that happening as the average guy has of finding someone like Julia Roberts working Hollywood Boulevard.

Except for the rare trip to New York, the original cast recording is about as close as the average fan of Broadway musicals will get to the Great White Way. While it’s not quite the same as being dazzled by a live show in all its visual splendor, a nice new original cast CD of Mel Brooks’ Young Frankenstein: The Musical or Disney’s brand-new stage version of The Little Mermaid have one advantage over the actual shows: they will probably last longer than two hours, and are there for replaying whenever you have the urge.

As it stands, Young Frankenstein , with a raunchy original score that satirizes Broadway while doing homage to the classic horror-spoof comedy, and The Little Mermaid , with mounds of new songs by the movie’s original songwriter Alan Menken, are the two hottest original cast recordings this season and may already be gone from local record stores. If so, consider these lesser-known Broadway shows that pack a solid musical punch, whether you’ve seen the show or not.

Lovemusik , which had a short run on Broadway cut off by the recent stagehands strike, is a dark and richly literate cast recording featuring the great Michael Cerveris and Donna Murphy as the German composer Kurt Weill and his complicated muse/wife Lotte Lenya. The music is all Kurt Weill turned on its ear and given a lush, eerie new sound as the songs are employed to tell the couple’s rocky love story. It’s first-rate stuff.

For those with less highfalutin’ tastes, the raucous, high-spirited stage adaptation of the terrible Olivia Newton John movie Xanadu is a certified Broadway miracle, a fun, completely kick-ass-great transformation of a truly bad movie. With disco-era dance tunes and very witty ballads by Electric Light Orchestra’s Jeff Lynne (also the mastermind behind the Traveling Wilburys), this cast recording is a surprisingly hip good time that comes with just a taste of tacky tongue-in-cheekiness.

Some theater fans know that there’s one thing you can get from a big Broadway show, either in New York or wherever the touring cast takes it, that you probably can’t get when the show finally appears on the stage of your local community theater: merch. Fortunately, you don’t have to go to New York to pick up some theater-world kitsch; you can log on to TheaterMania (www.broadwaynewyork.com), where you can order the shirts and hats and other stuff being sold in the lobbies of just about every show in New York, on Broadway and off.

Know someone who’d love a purple T-shirt with The Wedding Singer’s Broadway logo on it? Got a friend who loves Monty Python and would salivate over a Spamalot baseball cap featuring the Holy Grail, or someone who would look great in a Spring Awakening shirt proclaiming “The Bitch of Living”? The perfect gift is a few clicks and a UPS delivery away.

If, on the other hand, you would prefer to keep things local, remember that while the North Bay may not be Broadway, we do have more than 50 theater companies operating between the Golden Gate and Willits, and many of them are quite good. The Sixth Street Playhouse (opening the shockingly hilarious political satire Public Exposure in January), the Cinnabar Theater (with the Gershwin-Porter-Webber cabaret show That’s Amore opening on New Year’s Eve), the Sonoma County Rep (with the Gone with the Wind &–inspired comedy Moonlight and Magnolias opening Jan. 18), the Marin Theatre Company (with Kenneth Linn’s thriller said Saïd opening Jan. 31) and Pacific Alliance Stage Company (with the delirious Wonder of the World set to open Jan. 24) all offer gift certificates and other ways of giving the gift of live theater to anyone within driving distance.

And of course, if there is anyone out there eager to fly a critic to New York to see Harold Pinter’s Homecoming , I can be reached at the office . . .