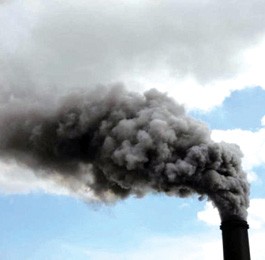 Why use children's lives as a bargaining tool?

When the Environmental Protection Agency is under attack, public health is in danger, say critics accusing this pro-industry Congress of dismantling the EPA, one anti-clean-air bill at a time, and freeing industry to do as it did before there were laws to protect air quality and human life.

As Congress holds clean-air bills hostage in ongoing budget negotiations, it’s worth remembering that data shows the loss of EPA protections will result in dangers to public health, including increased infant mortality.

The Clean Air Act was passed in 1970, giving birth to the EPA. I recall from childhood in Southern California that when the sky over the Los Angeles basin on a windless day turned a yellowish opaque, we were often called in from the schoolyard by “smog alerts”—bells signaling when the pollution was so bad that running and playing would force dangerously high levels of toxic particulates into our developing lungs. We were then made to sit until the air quality improved.

We could have sat for years. But thankfully the EPA relieved children of the brunt of car exhaust and industry smokestacks, benching instead the polluters. Because restrictions were placed on industry, children were released to play outdoors safely.

Fast-forward four decades, and Congress is placing the deadly burden back on children again—including newborns.

Public-interest group American Family Voices, based in Washington, D.C., has sorted some damning health data into a brief and effective ad that “contrasts the multiple legislative attacks on the EPA with the public health benefits provided by EPA pollution standards by pointing out that 160,000 early deaths related to air pollution, including 230 infants, were prevented in 2010.”

The EPA is in serious jeopardy, according to American Family Voices president Mike Lux, who stated in an agency release that “Congress is busy working to prevent the EPA from updating and enforcing standards that would limit toxic pollutants that endanger the public health. If we don’t curb those pollutants, they’ll end up in our air, water and food and eventually in our children. Congress needs to let the EPA do its job to protect public health.”