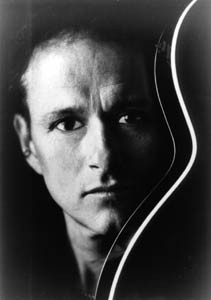 When Connie and Cliff McClain traveled to the Soviet Union in 1990, the Petaluma couple had a chance to witness first-hand the devastation caused by the worst nuclear accident in history. That 1986 accident–a catastrophic explosion in Unit No. 4 reactor of the nuclear power plant in Chernobyl in Ukraine–sent a plume of radioactive material into the atmosphere, unleashing more fallout than the combined U.S. atomic bombs dropped on Hiroshima and Nagasaki at the close of World War II.

It is estimated that three million people living in Belarus, Ukraine (the bread basket of the former Soviet Union), and Russia–including one million children–are still suffering from the long-term health effects, as well as the psycho-social repercussions of the accident.

In response, the McLains created the nonprofit Chernobyl Children’s Project, one of many similar grassroots organizations in North America, Europe, and Asia that sponsors children from the affected region for six-week vacations, allowing them to eat uncontaminated food, drink clean water, and enjoy the benefits of a relatively healthy environment.

Each year, CCP hosts up to 35 Belarussian children, from ages 9 to 17. It’s a transformative experience for many of the host families (mine being one of them) and for the children themselves, many of whom have never even been allowed to eat an apple, one of the region’s most contaminated fruits.

For the most part, CCP is supported by corporate and private donations large and small–the Bechtel Corporation pays for a day at Six Flags Marine World for the children and their host families, and the Novato-based Birkenstock shoe company donates free footwear. But the children also benefit from the largesse of the community–for instance, local dentists and opticians donate free dental care, eye exams, and even prescription glasses.

Next week, Thom and Becky Steere, owners of Sweetwater Saloon in Mill Valley and a CCP host family for the past five years, will present a benefit concert for the organization with Jesse Colin Young, Pete Sears, Mother’s Little Helper, and a live auction. The benefit takes place Monday, July 29, at 7:30pm, at Sweetwater, 153 Throckmorton Ave., Mill Valley. Tickets are $25. 415.388.2820.

When it comes to reaching out to the community, the Santa Rosa Symphony under conductor Jeffrey Kahane has set a high standard. Three years ago, the symphony staged Benjamin Britten’s War Requiem, an ambitious collaboration between its regular orchestra, youth symphonies, local choirs, and university and high school theater arts programs. Everyone agreed the project was a resounding success. In April, the symphony followed up with a similar endeavor: a community-wide project centered around Sir Michael Tippett’s A Child of Our Time, a musical and poetic protest against intolerance and tyranny written in response to the 1939 Nazi night of terror known as Kristallnacht.

This time, the American Symphony Orchestra League took notice. Last week, the league announced that the Santa Rosa Symphony is one of five winners of its prestigious MetLife Awards for Excellence in Community Engagement. The award–which comes with a $6,500 prize–recognizes orchestras that serve as models in the innovative and emerging field of community engagement and that are redefining what it means to be good cultural citizens.

In recognizing the symphony, the league noted that the project served as a catalyst for community building, bringing diverse groups together to find common ground on the themes of oppression, prejudice, tolerance, and acceptance while producing a memorable artistic event.

Throughout the 2001-2002 school year, Santa Rosa High School students of English, history, mathematics, and the arts studied the work’s themes, creating their own responses to it. The year-long study culminated in performances of the piece. If you missed it, Sebastopol filmmaker Tommie Dell Smith has chronicled the process in a documentary underwritten by a $100,000 grant from Santa Rosa Symphony contributor Don Green. Smith, who served as associate producer of the 1984 Oscar-winning feature-length documentary Broken Rainbow, hopes to complete a 30- to 40-minute film about the Child of Our Time project.