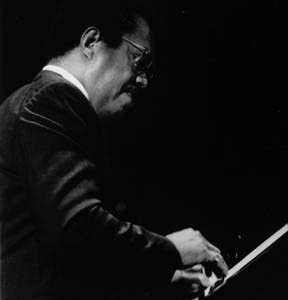 He was the ultimate musical mentor. If Art Blakey and the Jazz Messengers served as an incubator for young talent, as has been widely noted, then bandleader Blakey was its mother hen, the head master of a hard-working school of hard bop that educated some of the genre’s best talent and helped usher in the modern jazz era.

“He had a real knack for bringing out the best in players–that was his specialty,” says pianist Cedar Walton, who served as a member of the Jazz Messengers in the 1960s. “But let’s not forget that he also was the quintessential jazz drummer.”

Walton, 68, will head up an all-star lineup of Jazz Messenger alumni at a tribute to Blakey on Sept. 8 at Jazz on the River (formerly the Russian River Jazz Festival). The lineup for the tribute is Walton, Javon Jackson, Steve Turre, trumpeter Eddie Henderson, bassist Peter Washington, and drummer Marvin “Smitty” Smith.

For five decades, Blakey (who died in 1990 at age 89) and his Jazz Messengers served as a music academy for up-and-coming jazz artists who later went on to become bandleaders–“sort of like a finishing school,” Walton says during a phone interview from his home in Brooklyn.

Walton was part of what is widely regarded as the finest of all the Jazz Messenger lineups, along with Wayne Shorter, Freddie Hubbard, trombonist Curtis Fuller, and bassist Jymie Merritt. That group of modern-jazz icons was captured on the blistering 1961 hard-bop recording Buhaina’s Delight (Blue Note).

The Russian River concert is an outgrowth of a similar project from a decade ago. In 1992, Walton recorded a Blakey tribute at the Sweet Basil nightclub in New York City. The resulting CD was first released on a Japanese label. In 1997, the Evidence label released The Art Blakey Legacy, a five-track domestic CD culled from those live sessions under the Cedar Walton Sextet moniker.

“I like to compare his artistry and his leadership ability to someone driving a team of great horses,” Walton says of his former mentor. “He had a way of encouraging and inspiring us all to play and compose as best as we could. We were very proud of the repertoire at that time.

“Members of the Jazz Messengers in later years often reported that Blakey referred to our group as an example of the better writers and encouraged them to add intros and interludes and a more refined writing technique. Certainly we all strove to meet his high standards. So the result was a combination of his inspiration and our innate abilities.”

During the ’60s, the band traveled extensively, spreading the hard-bop gospel throughout the world. “It was an extremely productive period,” Walton recalls of his tenure with Blakey. “It was a truly phenomenal time.”

Walton first met Blakey in 1956, just as the pianist was about to enter the army. Two years later, upon discharge from the service, the Dallas-born Walton moved to New York City. He joined jazz trombonist J. J. Johnson’s band and later moved on to Benny Golson’s Jazztet.

Walton quickly gained a reputation as one of the genre’s best accompanists, recording with John Coltrane on his landmark 1959 modal masterpiece Giant Steps (Atlantic). When Philadelphia pianist Bobby Timmons vacated his chair with the Jazz Messengers in 1961, Blakey gave Walton the call.

The records from those years speak for themselves. They show Walton developing as a songwriter (though Hubbard and Shorter did most of the composing during that period) and contributing such gems as “Mosaic,” “Ugetsu,” and “When Love Is New.” Despite the later experimentation of such free-jazz and fusion players as Coltrane, Ornette Coleman, and Miles Davis, Blakey, Walton, and the other Jazz Messengers stayed true to hard bop.

“I wouldn’t say that my style expanded into the experimental area,” says Walton, who has recorded dozens of albums as a bandleader. “I was just too much in love with Blakey’s original approach.”