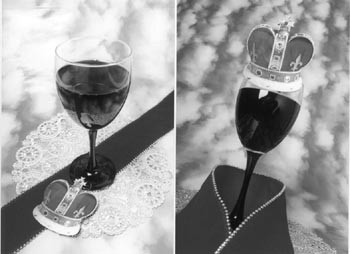 CABERNET Sauvignon grapes have been planted in the Bordeaux region of France for nearly a century longer than in California. So it’s easy to understand why California winemaking pioneers looked to the French for direction and guidance with this most noble of grapes.

In the early 1980s, however, the pendulum started to swing the other way. California cabernets, for a variety of reasons, began to gain in richness and ripeness, and French vintners took note. In a number of blind tastings–wine evaluation sessions during which the identities of the wines are revealed only after they’ve been rated–French winemakers actually gave higher marks to California cabernets than to their own Bordeaux bottlings. It was embarrassing for the French–much more so than the whole Jerry Lewis-idol worship thing–and eye-opening for the wine-drinking world.

Today, winemakers and wine writers who taste a great many California cabernets and French Bordeaux wines each year generally agree that the advantage enjoyed by the French for so many years has all but disappeared. The French may still possess an edge in history and lore, but when it comes to what’s in the bottle, crafters of California cabernet take a back seat to nobody.

According to journalist James Laube, who literally wrote the book on California cabernets, what sets the Golden State’s wines apart from many other fine wines of the world is their “incredible complexity of aroma and flavor, and amazing longevity.” Many cabernets of the 1990s have earned acclaim for their versatility; they not only can age gracefully, but are delicious and satisfying upon release.

In other words, one need not wait a decade before opening a bottle of California cabernet.

THE CABERNET sauvignon grape is hearty and durable, grows vigorously in many climates, and is relatively easy to harvest. Viticulturists have found that employing techniques to limit their vigor can yield wines of great depth, richness, intensity, concentration, and structure. While some grapes are one-dimensional or otherwise fairly “simple,” cabernet sauvignon grapes–when planted in the right place, maintained properly, and smiled upon by Mother Nature–produce wines with layer upon layer of aromas and flavors.

This is why California cabernets today are so sought-after, and why some bottlings are sold as “futures,” never making it to the mass market.

While the Napa Valley produces a vast majority of California’s “high-end” cabernet sauvignon, Sonoma County vintners slowly but surely are gaining on their neighbors to the east.

For instance, take Chateau St. Jean’s Cinq Cepages, a cabernet-based blend that also includes the four other classic Bordeaux blending varietals: cabernet franc, merlot, malbec, and petit verdot. Representing the bounty of the county, its grapes were sourced from no less than three appellations within county lines–Alexander Valley, Knights Valley, and Sonoma Valley–and the resulting wine satiates the senses.

The Cinq Cepages, which earns four corks on our four-cork scale, is every bit as rich and complex as Napa Valley cabs that command $100 or more. This means the $33 suggested retail price is well worth the investment.

Other local four-cork cabernets that could be considered underpriced in today’s inflation-infected wine market include Benziger’s 1996 Sonoma Mountain Reserve and B.R. Cohn’s 1996 Olive Hill Estate, each priced at $35.

Two popular bumper stickers of our time urge us to “think globally and act locally,” and to “kiss French, but drink Californian.” When it comes to cabernet sauvignon, an admittedly twisted morphing of these sentiments would be apropos: Drink locally, and kiss off the French.

Those five bottlings have three things in common: all are from the 1996 vintage; all hail from the Napa Valley: all have three-figure price tags.

Of this quintet, only the Opus One is readily available in the marketplace; the others are highly allocated and often difficult to find.

Which brings up the question: Why bother?

The Chateau St. Jean Cinq Cepages retails for around $33, and there’s plenty of it to go around; more than 11,000 cases were made.