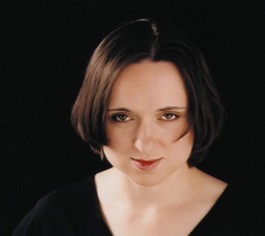 Anyone who’s listened to This American Life is probably familiar with Sarah Vowell. A contributing editor from 1996 to 2008, the New York-based writer tells witty, deeply researched stories skirting the line between obscure historical excavations and modern insights, and does so in a distinctive lispy, almost overly cutesy voice that belies the brute intellectual force of her ideas. (That voice was even featured in the Pixar kids movie The Incredibles, in 2004.)

Vowell’s latest book, Unfamiliar Fishes, is an examination of annexation and colonization of Hawaii, and the place where, according to Vowell, “Manifest Destiny got a sunburn.” Part of the painfully clever stable of writers who contribute to McSweeneys, Vowell takes things that others might not give a second glance to and turns them into stimulating thought pieces, inspiring the idea, for example, that there’s much more to be said about Puritans than turkey, black bonnets and buckle shoes.