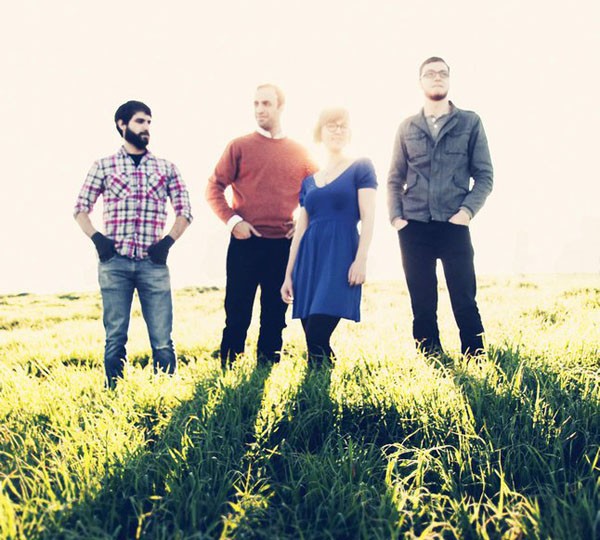 No one ever knew they could sing. Their other band, Not to Reason Why, is a well-known atmospheric instrumental outfit, with nary a vibrating vocal cord in the mix.

So imagine my surprise when I walked into a show by Trebuchet last year just in time to witness their version of the Magnetic Fields’ “Book of Love.” Not just sung, mind you, but sung in four-part harmony, with an intricate vocal arrangement. Not to Reason Why suddenly became a giant dam holding back a sea of pitch-perfect choral singing, and Trebuchet, with three of that band’s four members, was the small crack.

With the Petaluma band’s self-titled debut just released, that crack breaks open entirely. The perfect record to play for any stodgy choral director who’s previously declared war on “modern” music, the LP soars and lilts with reverent, soaring four-part harmonies (Francis Poulenc would be proud). Ukulele, cello, pedal steel, banjo and mandolin provide the backing, but the result isn’t Americana, exactly. Call it Stephen Sondheim meets the Mountain Goats meets Sons of the Pioneers. Or just call it the most impressive local release of the year so far.