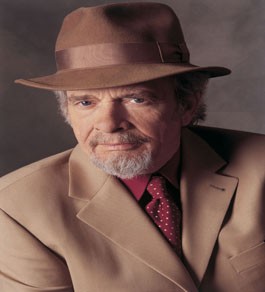 T urn on country radio these days, listen for a half-hour or so, and without fail, an atrocious slice of dreck will air, following this essential structure:

Verse: When I was a wild kid, my parents used to tell me this thing!

Verse: Now I’m all grown up, and I tell my own kids the thing!

The “thing,” of course, is usually some kind of catchy phrase with a double meaning, which allows listeners to believe they’re smart for figuring it out. Lately, especially with acts like Big & Rich, the “thing” is blatantly stolen from hip-hop slang, which offers the listener a delusion of street cred. Worst of all, in the modern country tradition, the “thing” always toes the aw-shucks, what-can-you-do, that’s-how-life-is line.

Somewhere, Merle Haggard is shaking his head at all this sentimental novelty bullshit and wondering where things went wrong. Ask any country star about Merle Haggard, and they’ll fall all over themselves to prove they love the guy, but apparently, no one in Nashville has heard any of his perfectly written songs.

Everyone knows the story about Johnny Cash performing at Folsom Prison, but not everyone knows that Merle Haggard was in the audience, an inmate at the time serving a 15-year sentence for robbery. It wasn’t until years later, after weaving this wizened worldview into hit after hit, that he had the chance to tell Cash face to face how much he’d been inspired to shape up, get out of prison and get back to writing songs.

“Branded Man,” “Whatever Happened to Me,” “Life in Prison”—they all tell the tale in Haggard’s unflinchingly authentic voice of Oklahoma dust bowls, Texas oil fields, California plains, places where Haggard soared and worked and drank and broke the law and fell in love.

Haggard’s dad died when he was nine, and his mother, Flossie Mae, struggled to raise her kids right. Haggard ran away to Texas, got arrested, wound up in juvie, ran away, wound up in prison, got out, got sent back. The song? “Mama Tried.”

In prison, he was offered a breakout plan by a fellow inmate. He turned it down, but the inmate escaped, eventually shooting a cop and landing himself on death row. The song? “Sing Me Back Home.”

Once out of prison for good, he teamed up with Buck Owens to create the “Bakersfield sound” of the 1960s. Then he flew up to Seattle, stole Owens’ wife and married her in Tijuana two weeks later. The song? “Just Between the Two of Us.”

Any album during Haggard’s late ’60s heyday on Capitol Records is a haystack full of golden needles. For every hit like “Silver Wings,” “Hungry Eyes” and “The Bottle Let Me Down,” there are fantastic undiscovered gems like “The Son of Hickory Holler’s Tramp,” which describes Mom as the town whore who turns tricks to support the family after Dad leaves, or bizarre tunes like “The Girl Turned Ripe,” about a girl who turns 18 and has a “great long line of pickers” in waiting. Misogynist or, in the days before Barely Legal , merely true? And how to reconcile it against his latest song, “Hillary,” which recommends “a big switch of gender” and urges “let’s put a woman in charge”?

Haggard’s politics, like his life, are notoriously scattered and messy. The guy behind “Okie from Muskogee” and “The Fightin’ Side of Me” has since eschewed the redneck anthems, and since 2001, when the entire industry of country songwriters has either gone limp or stupid, he’s demanded that we get out of Iraq with “America First” and criticized conservative media with “That’s the News.” At the same time, he sings duets with Gretchen Wilson about the flag and the Bible, and he’s also still writing excellent heartfelt material, songs like “If I Could Only Fly” and “Learning to Live with Myself.”

As long as he doesn’t cave in and start writing songs about the “thing,” he’ll always be all right in my book.