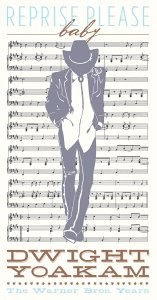 Music in a Box

CD sets for the holiday season

They’re a mixed blessing. Those big, pricey CD box sets are a windfall for record labels but a shiny object of desire for cash-strapped music fans–all of which makes them the perfect gift during the consumer-frenzied holiday season.

Still, how many unemployed telecom workers can afford The Complete Miles Davis at Montreaux 1973-1991 (Sony/Legacy), the newly released 20-CD box set that will set you back a couple of hundred bucks–though a single disc of highlights is available and perfect for stocking stuffing.

Cynicism aside, there are several noteworthy new multidisc compilations on the shelves this year. And don’t ignore the many lower-priced two-CD anthologies, including a deluxe edition of John Coltrane’s A Love Supreme (Impulse!), several remastered Bob Marley and the Wailers titles loaded with bonus tracks, and the fantastic Weather Report: Live and Unreleased (Sony/Legacy) with concert tracks recorded between 1975 and 1983.

One of the best new box sets is Dwight Yoakam’s Reprise Please Baby: The Warner Bros. Years (Rhino/Reprise), a four-disc anthology that gathers 87 tracks from the King of the Neo-Traditionalist Cowboys, who rose out of the L.A.-based roots and rockabilly scene to influence a generation of country artists. The set includes all the hits, a herd of rarities from various tribute albums, and an entire CD of previously unreleased demos and live tracks.

The roots of R&B, folk, rock, and soul are explored on the four-volume series When the Sun Goes Down: The Secret History of Rock & Roll (BMG/Bluebird), an intriguing collection of supremely remastered blues, from the pre-World War II country jug bands to the postwar urban acts that spawned some of the genre’s best-known names. When the Sun Goes Down is a treasure trove of lesser known but influential blues artists, including Victoria Spivey, Big Maceo Merriweather, Arthur “Big Boy” Crudup, Robert Lockwood Jr., Tommy Johnson, and Alberta Hunter, to name a few. One hundred tracks of pure blues bliss.

Jazz fans have plenty of good cheer this year. Charlie Christian: The Genius of the Electric Guitar (Sony/Legacy) is a four-CD deluxe set that features a staggering selection of the jazz-guitar innovator’s music. It’s hard to believe that Christian, who performed extensively with Benny Goodman, recorded for just two years before falling victim to tuberculosis at age 25. Yet his contribution to the language of the guitar directly influenced generations of guitar players, including Wes Montgomery, Les Paul, Eric Clapton, Jimi Hendrix, B. B. King, and Bill Frisell.

The eight-CD set Bill Evans Trio: Consecration (Fantasy) finds the introspective and, at the time, severely ailing pianist in his final recordings in 1980 at the now defunct Keystone Korner in San Francisco. While these may be best enjoyed by completists (there are just 24 tunes among the 68 tracks), these discs will thrill any dedicated jazz buff. This is the follow-up to The Last Waltz box set released in 2000, and these performances are no less impassioned as they capture one of the genre’s greatest improvisational geniuses in the twilight of his life.

Sam Cooke has enjoyed renewed interest in recent years, thanks to a couple of critically acclaimed releases that have mined his better known R&B material. But the three-CD set Sam Cooke with the Soul Stirrers (Specialty) showcases the singer when he was in the service of the man upstairs. The set delivers 84 tracks of uplifting gospel and an essay by Cooke biographer Daniel Wolff.

The Soul Stirrers were one of the premier gospel quartets, led by gospel great R. H. Harris who embraced the 19-year-old Cooke. Cooke remained with the group for six years. One of the highlights of this sensational set is a 20-minute recording of the group’s 1955 concert at the Shrine Auditorium in Los Angeles. Say, Amen!