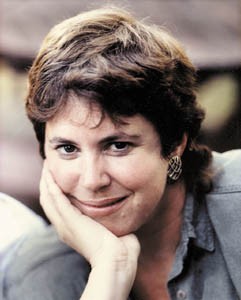 From a tree house in St. Helena, Toni Allegra coaches culinary professionals through a smorgasbord of career options

“I like to be a midwife,” says Antonia Allegra in the assuring, measured tones of her gently authoritative voice. “Not only for ideas, but associations and meetings and individuals. Letting them all come alive. If people are open to looking for help, that can only help their careers and how they think about themselves.”

Allegra is a career coach, as well as an author, teacher, and speaker, and quite possibly a few other things too–it’s hard to keep up. She’s served as president of the International Association of Culinary Professionals, founded the Symposium for Professional Food Writers, launched a few cooking schools, co-hosted a radio show, and written Napa Valley: The Ultimate Winery Guide. Allegra’s current primary focus, though, has been other people’s careers, not her own.

Allegra works one-on-one with writers and culinary professionals who wish to put a little spin on the direction of their life work. Or maybe a big one. And it all happens in a tree house in St. Helena, which serves as Allegra’s home office.

The tree house part may sound a little harebrained, but Toni Allegra’s only a maverick in the sense that she stands up for the culinary industry. The scope of her experience and her level-headed but risk-taking personality have guided chefs, writers, and would-be chefs and writers through dead-end paths to fertile valleys.

That colossal diversity can be intimidating, though. Say you’ve always wanted to write a cookbook. Great. Where do you start? What do you write it about? How do you format the recipes? How do you discipline yourself to write it, and where can you look for honest, encouraging feedback?

That’s where Allegra comes in. “Folks come to me because they’re tired of being a chef, but yet they want to stay in food . . . and so they may go off into food styling or managing a catering company. That’s the fun thing, I think–seeing where people want to spin that kaleidoscope of choices that they have,” she says.

“Quite a few people come to me who are in another field and who want to write or add writing to their lives,” Allegra continues, “so I deal with a lot of writers as well. We have essayists, we have humorists, we have recipe developers, we have editors–it is a whole world unto itself, and it’s very exciting.”

What with scores of lavish cookbooks, special food issues of The New Yorker, and Anthony Bourdain becoming somewhat of a cult superstar, food writing is in a dynamic and promising place now. “First of all, first-person writing has been accepted again,” Allegra points out. “Writing often will work in cycles, and if you go back to the Victorian era, you will find quite a bit of writing in first person. Then there was a whole period of time, certainly including the last 20 years, where it was almost pure reportage. Now we’re finding it’s going back to that very personal ‘I,’ talking about how the writer tastes the food, experiences the place, smells the surroundings.

“Also, because of the Internet, writing is really in . . . I wouldn’t say chaos, but it’s definitely in an upheaved position. Writing for the Internet, you write in a short sentence style–staccato, actually–with a kind of a voice that is casual. And so that’s now starting to merge with the way writing is being done for food magazines. In the past, it never would have seen the light of ink.

“Writers like Elizabeth David and M. F. K. Fisher really opened the path to people taking food writing seriously. Even today, in a newsroom, on the other hand, food writers are still not considered equal to the other writers. There is a mental wall that has the food writers in a ‘you can go over and do your cake making’–kind of treating the food writers as lesser writers.”

The growing audience of foodies isn’t all because of food writing or the Internet. “The biggest thing that has been great for food,” says Allegra, “is television. Now, 24 hours a day you can watch food celebrities. Chefs and others on TV have become these sought-after characters, and therefore people want to read what they write.”

Allegra’s “a-ha” moment came in 1997-1998, the year she served as president of the International Association of Culinary Professionals. “During that year, so many people would call and say how fed up they were with their work, or they were struggling to get into another field in the food field,” she recalls. “It felt as if a good quarter of my time was talking to people, encouraging them into different ways.”

A serendipitous meeting with a coach on an airplane spawned what would become Allegra’s new direction. “She talked about this whole career of coaching, which I was oblivious to. It just felt like such a fit–that I could learn techniques to help people in a coaching way–and then I adapted that training directly to the culinary field. Teaching is a part of my soul, and I think that’s why the coaching is such a natural; it’s teaching in a different way, mostly by being silent and listening to what the other person has to say.”

Allegra has enjoyed seeing people she’s worked with go on to great things. “I’ve literally worked all the way through a book,” she says. “Cheryl Forberg’s book Stop the Clock! Cooking is coming out [this month], and when we first started, the last thing she thought of was writing a cookbook! And here she is, she’s going to be on national TV with her book.”

Allegra’s also there to see that people earn what their work is worth. “It’s kind of discouraging when you look at median salaries across the country and realize that people in the food industry generally do not make huge salaries unless they are executive chefs in big cities. I see myself as an advocate for the culinary industry. Somebody has to get out there and help people know how to negotiate for themselves.”

Allegra herself didn’t start out in food; her background is in early childhood development and children’s theater. A move to Paris in 1973 with her former husband and their three kids led Allegra to take cooking classes. “It was as simple as that,” she says. “I had no plan to do anything professional.”

Allegra and family next moved to San Diego, where she started throwing dinner parties for friends. Guests would ask Allegra to teach them how to make the food they enjoyed at the dinners and “that’s where the whole thing started,” she says. “I taught one class that merged and grew, and for eight years I had my own cooking school. I taught three classes a week for 13 people in our suburban house in San Diego. [My] kids grew up with little notes on the cakes and things that said ‘Do not touch–for the students.’ I feel terrible sometimes about that.”

Later, when the food editor of the San Diego Tribune departed, Allegra filled the position. “I’d never been in a newsroom in my life, and I’d never used a computer in my life. But it worked, and I loved it!”

Allegra moved up to Napa Valley in 1987 to be administrator and culinary director for the School for American Chefs at Beringer, with Madeline Kamman as the keystone chef. Allegra went on to be the founding editor of Appellation magazine (now Wine Country Living).

Soon Allegra will have some fellow culinary coaches to keep her company–a few of her colleagues are beginning to establish themselves as coaches too. “Now that there are three of us, I’ve started an association,” says Allegra of the Culinary Coaches Alliance–just more proof of Allegra’s belief that there’s strength in numbers.

Outside of that, who can say what’s next? “It’s really been these 15 years in the Napa Valley that have been the most creative,” she says. “[It’s] most unbelievable to me how things just keep opening up.”

Antonia Allegra can be reached through www.antoniaallegra.com.