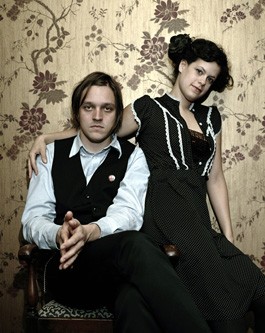 The tide of cover discs is already lapping into 2008; due in February is Mockingbird , a salute to female songwriters by alt-country singer Alison Moorer.

While drafting random best-of-2007 notes, I imagined a fantasy pair of swapped covers. Notorious newcomer Amy Winehouse’s Grammy-nominated “Rehab,” with its nouveau-soul party-girl impudence, is a perfect foil to the dry alcoholic regret of “Choices” from veteran R&B shouter Bettye LaVette’s comeback disc, Scene of the Crime . If they took turns with each other’s song—Winehouse covering “Choices” as if fast-forwarding to the collapse suggested by her own work; LaVette covering “Rehab” as if to retrace angles on her tales of survival—the shared results would be commanding.

Covering a contemporary’s work in the same year isn’t a bad idea. In rock’s earlier days, before dueling post-punk notions of irony and authenticity affected the cover-song tradition, acts often covered current hits for reasons both commercial and artistic.

In pop’s present climate of open diversity, it’s easy to imagine alt-rock waif Feist swapping her lilting hit “1 2 3 4” with young R&B singer Rihanna, who would give Feist her catchy dance-pop hit “Umbrella.” Country babe Miranda Lambert could trade views with stadium rockers Nickelback, treating them to the earthiness of her hit “Famous in a Small Town” while she romped over their boastful hit “Rockstar.”

It’s fact not fantasy that last year both the Foo Fighters and Bruce Springsteen covered the same song by a contemporary. Both heavyweights delivered live versions (see ’em on YouTube, of course) of indie sensation the Arcade Fire’s terrific “Keep the Car Running” from their 2007 disc Neon Bible . Springsteen was even joined by the Arcade Fire for his cover, who at the same show assisted on his stark ’80s tune “State Trooper.” There’s also an early video of the Arcaders covering Bruce’s “Dancing in the Dark.”

If it’s feasible to imagine artists swapping hits, and if Bruce and the Arcade Fire have a proven fondness for each other’s songs, then I suggest the ultimate cover swap for recent rock: Bruce covers Neon Bible in its entirety, and the Arcade Fire record a whole new version of his 2007 album Magic .

Why not? These are committed artists who share more than hits. The link between the young Canadians and the Jersey titan has been well noted; both make weighty yet uplifting music with big keyboard-based rock collectives, and as writers, Bruce and Arcade leader Win Butler are driven by themes of religious and social displacement. On these discs, they both repeat imagery in which they’re struggling to orient themselves in post-apocalyptic dreams.

When the Arcaders tackle Magic , they’ll take the aching rocker “Radio Nowhere” and the ruminative title track straight on, and Butler’s paranoia will explode Bruce lyrics like “Leave everything you know / And carry only what you fear.” They’ll give lighter pop fare like “Livin’ in the Future” some murky quirks, but will be right at home with its theme of postwar dread.

In turn, Bruce will make some of his Neon Bible covers sound more normal, rocking the communal synth-pop anthem “No Cars Go,” giving a folk-blues base to the ambient “Ocean of Noise.” But the gravity of “Intervention” and “Windowsill” are ready-made for his sense of deliberate significance, and he’ll relish Butler lyrics like “Every spark of friendship and love / Will die without a home.” Most of all, the Boss will love covering “Black Wave / Bad Vibrations,” as it lifts his lyric “We’ll make it if we run” from “Thunder Road.”

Or maybe these guys should just leave cover discs for the rest of the pack, and make a new album together instead.