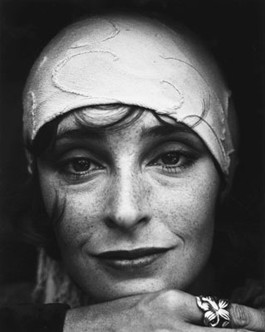 Back with a Bang

T he holiday slumber is emphatically over as fine arts institutions around the North Bay unveil terrific new shows that start 2008 off with fresh and different ways of seeing.

Following on last year’s superb retrospective of work by ceramic sculptor Marguerite Wildenhain, the Sonoma County Museum opens “Following Nature: Ruth Asawa in Sonoma County.” Trained at Black Mountain College in the 1940s, Asawa, a metal sculptor, became friends with Wildenhain when that Bauhaus-trained artist did a residency. Wildenhain subsequently invited Asawa to visit her studio at Armstrong Redwoods and both were changed by the experience. That show opens Jan. 26.

In Marin, the Bolinas Museum shows select photographs by the great Jack Welpott, considered one of the premiere photographers of the post&–WW II generation, and known for his luminous nudes and insightful portraits. Handled by the nationally renowned Barry Singer Gallery, based in Petaluma, Welpott’s Kathleen Kelly is shown above. Also on tap is work by land artist Daniel McCormick. Trained under light sculptor James Turrell and influenced by such as Andy Goldsworthy and Robert Smithson, McCormick does site-specific work using the natural materials of the area. He will create a piece inside the museum, using one corner of the room as if it were a gully. On Saturday, Jan. 26, McCormick will work from 3pm to 5pm, and the public is invited to watch the process as well as ask questions.

On Jan. 19, the ever-lively Sonoma Valley Museum of Art presents photographs by British artist and designer James Morris, who traveled to West Africa in 2000 with a particular eye to documenting indigenous housing structures. Primarily composed of earth and water, these ingenious homes point to so many things other than mere housing. Community involvement is needed to maintain them, their rude materials morph into elegant structures about which sustainability and other buzzwords of the high arts are mere facts, not lofty notions.

Furthermore, the SVMA has just announced that a traveling show exhibiting some 65 precious examples of Pablo Picasso’s ceramics will end its 11-year national tour in Sonoma this May, the last time the public will have a chance to see this collection before it is broken up and sold into private hands.

And the year is just starting.