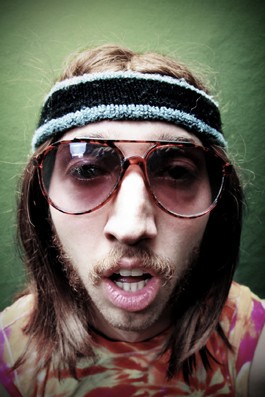 When we asked you, our dear readers, to send us CDs collecting the 13 worst songs known to your sweet ears, we were braced for, well, the worst. It was our great relief that none of the songs submitted were overly pornographic or racist or scatological. But suck the songs did, each in its own way. We listened with open ears, trying to deduce if the songs were bad, and if so, why. The Bad 13 Challenge had asked for bad songs, not ones that are merely annoying or perplexing, but all-out, gut-instinct awful . Such things are not a mere matter of taste.

Here are a few of the things that we learned:

— Singing is not as easy as we’d all like to think. Sure, singing is wholesome and fun, and when it’s around a campfire, everyone can do it. Rock stars and pop idols, however, do not sing around campfires. Their job is to make singing look easy on television and onstage. For those who lack either the natural ability or the formal training, what’s on television is best kept on television.

— Self-awareness softens the badness. William Shatner, William Hung and Leonard Nimoy have too much wink-wink kitsch factor to be truly bad (though in an interview with Terri Gross on Fresh Air , Shatner insisted that his 1968 debut album The Transformed Man was recorded under utterly sincere motives).

— Question: What do you folks have against Pete Seeger? Two versions of “If I Had a Hammer” graced Bad 13’s, while Seeger’s highly influential group the Weavers made an appearance with “On Top of Old Smoky.”

— Gabe Meline is one heck of a baker, and with the aid of his homemade pizza and chocolate cake, bad songs go down a lot easier. Also in attendance for the night’s judging were Gretchen Giles, David Sason, Elizabeth Seward, Matt Wadlow and Melissa Wadlow.

T he most successful CDs were filled with songs we do not want to hear ever again. In that respect, every reader who sent in a CD did a great job. Into the top-scum of the dreck we go . . .

Nielzine’s ‘The Bad 13 Anti-Metal’ was way too fun to be taken seriously. The lyrical matter of these 1980s hair metal bands—Saigon Kick, Lita Ford, Bango Tango—was, as you may imagine, delightfully insipid, reflecting a time of willful innocence and ignorance. However, Guns N’ Roses’ “Since I Don’t Have You,” from their fairly lame 1992 covers album The Spaghetti Incident? , was about as pleasurable as a root canal.

Howie Relevant’s Bad 13 ranged from both the obvious (William Hung) to the infamous (Leonard Nimoy, William Shatner) to the hellacious (John and Yoko’s experimental Two Virgins bilge). And, yes, he included “Jingle Smellz,” a Christmas classic played via farts, the sort of song that very annoying morning DJs play under the delusion that it is clever.

Jake More’s Bad 13 introduced us to a stink-erific anonymous recording of “O Holy Night” that made us pine for Slim Whitman’s comparatively inoffensive version. And though it wasn’t the worst song on Annabelle King’s entry, “Now That I’m a Woman” proved that Mia Farrow’s energies were indeed best spent acting, not singing.

Dan K. Drummond’s Bad 13 was full of songs that I actually liked, such as Dean Martin’s “Houston.” Mr. Drummond, you best skip any social gathering at my abode, for the musical selection will surely make you puke. But Dan also included songs not even a mother could love, such as “Undo the Right,” a misfire that proved the reggae side of Willie Nelson is not one you should soon acquaint yourself with, and a Bono-Sinatra duet of “I’ve Got You Under My Skin” that gets under your skin. Like a louse.

Martin Monroe’s entry gets a very Honorable Mention. The self-titled 2004 album by the Santa Rosa band Larry’s Orangutang fatefully had 13 songs, all of them equally awful. That Martin participated in Larry’s Orangutang is all the more mind-blowing; his bravery and honesty in submitting this CD deserve recognition. What made these 13 songs so bad? They were remarkably not good , reminiscent of opening bands that are endured rather than enjoyed.

Xoshi Lubin’s Bad 13 came very, very close to winning. Her tactic was to cull the worst pop flotsam from recent years, songs generally recorded by competent musicians with big corporate budgets. They therefore had no excuse to be as bad as they were and, as a result, came across as doubly bad. Rob Zombie’s slaughtering of the Ramones’ “Blitzkrieg Bop” was found to be “the worst fuckin’ piece of shit in the whole pile of CDs,” and “I’ll Make a Man Out of You” from Mulan offered ample evidence that contemporary Disney animated musicals are actually carefully designed torture devices. But Xoshi sealed her fate when she sweetly and cheekily ended with the Smiths’ “Heaven Knows I’m Miserable Now.” Though the Smiths are extremely polarizing for a normal band, even Smiths-haters can admit that a million worse songs exist in the world.

Our Bad 13 Challenge winner is Jeff Hassett . We debated over Jeff’s entry—the obscurity of the songs was almost too precious. But their bona fide badness was undeniable. While the little-known/unknown artists butchering such well-known songs as the Beatles’ “I’m Down” execute their craft with utter sincerity, their lack of talent was simultaneously painful and riveting. We were not laughing with or at these people; we were gaping at them, jaws hanging in disbelief.

“I Wish I Could Sing,” George Coleman

“There’s Nothing Wrong with You Baby,” Mingering Mike

“Ain’t into That,” the Rappin’ Reverend Dexter C. Wise III

“My Girl Likes to Buy,” Konrad

“Love Me All the Time,” Marc Mundy

Jeff wins a glamorous prize package, including three varieties of seasoned grilling planks, original tape-on-panel artwork by Joe Ryckebosch and a stack of assorted CDs that I have aged for quality in my shed for many years. Congratulations, Jeff, and a gigantic sloppy kiss to all of you who participated in the Bad 13 Challenge and made our lives just that much shittier, if only for a few hours.

Look at the Boho Blog for every Bad 13 playlist, plus snide remarks galore.