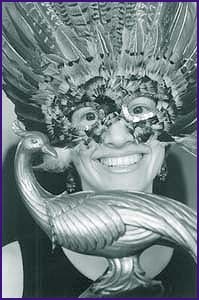 Romance, according to certain historians, was invented by a handful of drunken students in medieval Europe. Known as the goliardi (from an ancient French word meaning “glutton” and a Latin word meaning “throat’ “), they would, during spring break at the university, take to the countryside, literally singing songs for their supper from village to village. The songs, all in Latin, were ribald and sensuous and lewd and wonderful, with desire and sex and heartbreak and unrequited love as the common themes. The souls and the loins of Europe began to stir from slumber. Then along came the Black Plague, the witch-hunts, the Inquisition, and, eventually, Michael Bolton songs. Love, we are glad to report, has survived unscathed from all of these assaults. As proof of the resiliency of romance, we suggest the following opportunities for a goliardic interlude.