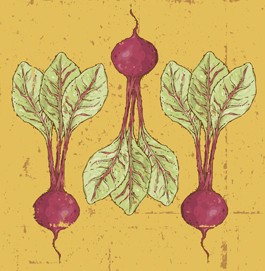 My true-life story of the Russian mafia, rampant mayo and, naturally, borscht

Late at night on a train in Siberia, I had a run-in with the Russian mob over a bowl of borscht.

I should have listened to the little voice in my gut when I entered the dining car at the back of the train, because something was wrong. This wasn’t like the other dining cars scattered along the half-mile iron serpent winding its way north from Ulan Batar, Mongolia, to Irkutsk, Siberia. The back half of this dining car was stacked high with boxes. Two heavily made-up babes played poker and smoked cigarettes at a table, while electronic trance music thumped relentlessly, masking the pounding of the train.

Intrigued yet nervous, I sat down and ordered borscht. A large woman smiled sympathetically as she took my order. I never saw her again. A stone-faced man brought a bowl of faintly purple water, in which pieces of sliced hot dog floated among stray shards of cabbage. While it was easily the weakest excuse for borscht ever, the sight of the chef standing in the galley door fondling his machete-sized knife inspired enough appetite for me to finish my bowl.

I protested, using gestures and pointing at the menu to communicate the accounting error; the borscht was advertised at $3 a bowl. The server kept his arms folded and then employed gestures of his own, picking up various pieces of tableware to explain that I also had to pay for the use of the silverware, plates, salt, pepper and napkins. After further protest on my part, he made another gesture, moving his hand across his thigh in a slicing motion.

The babes kept playing poker. The chef double-checked the sharpness of his knife in the galley door. I paid and got out of there.

Later that night, in a train station on some windswept plain, the dining car at the end of the train was removed.

While that overpriced meal certainly left a bad taste in my mouth, I suppose it did qualify as borscht, if only because borscht is such a general term for a wide category of Eastern European soups. The name comes from the Russian “borshch,” which means cow parsnip (the plant is widely distributed in the United States as well, where it goes by the common name “hogweed.”) While often considered to be synonymous with “beet soup,” borscht can be made with cabbage, tomato or sorrel, to name just a few of the common main ingredients. In The Gold Cook Book, chef Louis P. De Gouy describes a Polish borscht (bortsch Polonaise) made from, among other things, duck, leeks, beets, egg whites and crushed egg shells.

In many regions, borscht is served with a dollop of sour cream or a dollop of mayo if you’re in Russia, where mayo has achieved a standing on par with vodka—when a vessel is opened for the first time, the cap is often thrown away.

This throwing-away-the-cap ritual is something I learned only a few days after my run-in with the Russian mafia. When we were stuck in a whiteout while driving a monster truck across the frozen surface of Lake Baikal, we opened vodka and threw away the cap. When I was served a bowl of chicken soup in a fishing village on the shore of Lake Baikal, we threw away the cap of mayo. The size of the mayo dollops heaped into those steaming bowls of soup left me forever changed.

Whatever it’s made of or served with, at the end of the day borscht remains cold-weather peasant comfort food. Like ratatouille, polenta, sausage and coq au vin, borscht wears the “peasant food” banner with dignity and grace, proof that a culinary masterpiece can be made from the most humble ingredients.

Even though my dear mother makes a fantastic cabbage borscht, my favorite is a variation I’ve developed based on the beet borscht recipe in The Joy of Cooking.

Trim a pound of beets, cut them into quarters, place them in a baking dish, and sprinkle with salt and pepper. Bake at 400 degrees until they’re soft, and let them cool. If you’re afraid of skins, pull them off. (The skins won’t hurt you; they’ll add vitamins and a nice earthy quality to the borscht.) Slice the cooked beets.

Meanwhile, cut a pound of red meat, like beef or venison, into cubes, and brown the meat in oil in the bottom of a soup pot or Dutch oven. After the meat has browned, add a quart of stock (I like chicken stock, if not homemade then the Better Than Bouillon brand), a quart of water, and four or five chopped medium tomatoes (or a 28 ounce can, drained and chopped). Simmer.

When the meat becomes tender, add two to four cups shredded cabbage, two chopped medium onions, two sliced carrots, three sliced celery stalks or a sliced medium-size celeriac, and the roast beets, with enough water to cover everything, and simmer. As it simmers, adjust the water to maintain your desired proportion of broth to chunks. After half an hour, add the juice of a lemon, two tablespoons cider vinegar, four cloves chopped garlic and salt and pepper to taste. Adjust water content a final time and simmer for 15 minutes. Serve with a garnish of dill or chervil.

Now open a jar of mayo and throw the cap over your shoulder. Add a dollop of mayo (or sour cream or crème fraîche) to your bowl, but don’t mix it in. Rather, allow the dollop to float like an iceberg in your bowl, with soft corners occasionally breaking off and drifting onto your spoon. The broth is tart with lemon, vinegar and tomato, and rich with vegetal flavor. It gives a tasty counterbalance to the meat and beet chunks, while the mayo/sour cream/crème fraîche unifies the constituents under a layer of white.

The soup is a majestic earthy tapestry, something those mafia guys would have been more justified in charging $50 for. Indeed, lesser food is regularly priced higher in many big-city restaurants, though they don’t usually threaten to break your legs if you complain.