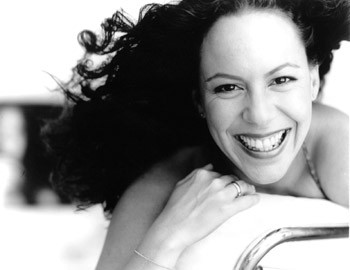 Purists lured by the sultry siren song of Brazilian samba singer Bebel Gilberto may want to steer clear of the rocky shoals of Tanto Tempo Remixes (Six Degrees), the electronica reworking of her acclaimed U.S. debut album. However, if they do, they’ll miss one of the most refreshingly soulful dance albums of the year.

Tanto Tempo, Gilberto’s first full-length CD, became “the most ubiquitous coffee house album since Portishead’s Dummy,” Flaunt magazine once opined. Since its release in 2000, the disc has sold more than 500,000 copies and burned up the world music charts for a year and a half.

Gilberto, the daughter of Brazilian music legend João Gilberto, makes her much-anticipated North Bay debut on Nov. 27 at the Mystic Theatre in Petaluma.

She recently added to her touring band A Guy Named Gerald, the British dance-music meister responsible for the anthemic hits “Pacific State” and “Voodoo Ray.” Gerald has collaborated with everyone from David Bowie and Tricky to Finley Quaye and Roy Ayers.

On her first solo effort, a self-titled 1986 EP, Gilberto collaborated with one of the greatest Brazilian composers and performers of the day, Cazuza. She later sang “The Girl from Ipanema” on Kenny G’s platinum-selling Classics in the Key of G and made several contributions to the bossa nova-infused film score for the 1999 sleeper hit Next Stop, Wonderland.

Gilberto is, simply put, royalty. Her father, guitarist João Gilberto, is the most revered musician in Brazil and regarded as the man responsible for popularizing bossa nova. Her mother, Miucha, is one of Brazil’s finest singers, and one of only three vocalists to share an entire album with legendary Brazilian singer/songwriter Antonio Carlos Jobim (Elis Regina and Frank Sinatra are the two others).

It was Bebel’s mother who taught her the tricks of the trade, instructing Bebel in improvization and harmony. At age nine, Gilberto appeared at Carnegie Hall with her mother and jazz saxophonist Stan Getz (who introduced bossa nova to the American mainstream with the 1964 hit “The Girl from Ipanema,” featuring Astrud Gilberto, also married to Bebel’s father at one time), as part of the Newport Jazz Festival. Around the same time, she was appearing on children’s television shows in Brazil.

By the time Gilberto left Brazil, she already had amassed an impressive list of credits that included acting, soundtrack work, and guest vocal appearances. Her 1986 debut EP, Bebel Gilberto, led to one of the biggest Brazilian pop hits of the 1980s.

In 1991 she moved from Rio, where she grew up, to the city where she was born, New York. There, she began working with a far-ranging mix of America pop, experimental, and world-music artists, including David Byrne, Arto Lindsay, Nana Vasconcelos, and Romero Lubambo. When Lindsay and producer Roberto “Beco” Dranoff sought out fresh voices for the Next Stop, Wonderland soundtrack, they teamed Gilberto with Vinicius Cantuaria for updated takes on bossa nova classics.

Tanto Tempo and the new remix CD feature a molten mix of old and new songs, from obscure samba hits to classics. You’d have to have ice water in your veins not to melt away at the sound of Gilberto cooing “Samba e Amor.”