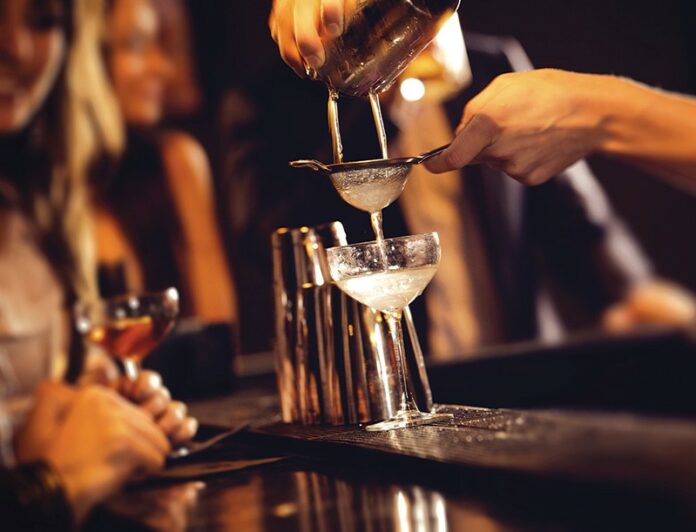 It was an epic throw-down. Fourteen local establishments competed for best bar bragging rights in the annual Sonoma Bar Battle Saturday night,
Oct. 11. When it was over, many lay wasted and the streets ran crimson red—but that was probably just some spilled Sunday morning bloody Marys.

Murphy’s Irish Pub came out on top, and we think it’s pretty cool that the Irish joint won, given that those sorts of places can tend toward the beer-and-shot end of the saloon experience.

But not in sophisticated Sonoma, and not at this competition, where participants made drinks with a “secret ingredient” liquor—Courvoiser VSOP—and secret mixes that included pineapple gum syrup, spicy ginger shrub and other weird mixological offerings. There was vodka too.

All proceeds from the booze battle went to serve veterans who have fought actual ones: the Native Sons of the Golden West Parlor #111 and Jack London American Legion Post #489.