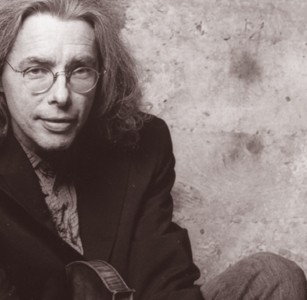 Anger Management: Darol Anger’s latest group is on a groove.

“I’ve come to realize that music is about melody, harmony and rhythm in only the most incidental way,” says fiddler Darol Anger when asked to characterize the American Fiddle Ensemble, his latest string-band project. “It’s mostly about people and how they do what they do together. This particular group of people is quite special and works together in a way unlike any other group that I’ve been involved with.

“[Guitarist] Scott [Nygaard] is one of the most thoughtful and reliable, yet reactive, musicians I know. [Cellist] Rushad [Eggleston] is constantly mercurial and brilliant. And [fiddler] Brittany [Haas] has her incredible talents. Everyone has their ear focused on the total sound. It’s like a superhero team where they all have complementary powers.”

For Anger, this musical terrain is so distinct that he’s titled the AFE’s newly released album Republic of Strings. The disc brings together musical styles from around the world in a boundary-crossing blend of jazz, bluegrass, classical and folk music. The CD includes guest vocalist appearances by fiddlers Sara Watkins of Nickel Creek and Laurie Lewis.

“Scott and I both wanted to focus on the international string-band concept,” Anger says, “so we picked a lot of music from Scandinavia, Brazil, Africa and other regions as well as our original stuff.”

The ensemble itself crosses generational lines, pairing two seasoned veterans (Anger and Nygaard) with a couple of talented newcomers (Haas and Eggleston).

The seemingly tireless Anger–violinist, fiddler, composer, educator and producer–is a veteran of the groundbreaking David Grisman Quintet, which 25 years ago helped define the new-acoustic music genre. Anger is also a founding member of the jazz-oriented Turtle Island String Quartet, which revolutionized chamber music by infusing it with jazz improvisation. He also contributes to the all-star vernacular string band Fiddlers 4 (a 2002 Grammy-nominated collaboration with Michael Doucet, Bruce Molsky and Eggleston) as well as the virtuosi chambergrass groups Psychograss and NewGrange.

Nygaard, regarded as one of the top five flatpickers, is a former member of Tim O’Brien’s O’Boys and Laurie Lewis and her Grant Street String Band. Eggleston, the first student admitted on a full scholarship to the Berklee College of Music string program, is a skillful improviser with an easy command of fiddle styles. “He’s the best bluegrass cellist in the world,” Doucet boasts, adding with a laugh, “Oh, heck, he’s the only bluegrass cellist in the world.”

Haas, a talented South Bay teen, is nothing short of a revelation. “It’s a joy to see these two excellent young players in two different stages of their development. Rushad is breaking into all kinds of unexplored territory all the time,” Anger says of the ensemble’s younger members. “He’s in a very free place where his technique has become transparent and he’s inventing concepts that go far beyond just his instrument.

“Brittany’s relationship to her main mentor, Bruce Molsky, can be compared to the young Mark O’Connor’s relationship to the great Benny Thomassen; she has taken a traditional style that already had been perfected by one great innovator and has further turbocharged it, combining an incredibly deep feeling for Appalachian fiddle style with extensive knowledge of all kinds of other styles such as Celtic, jazz and my style.

“The fact that she can pretty much do everything else technically on the violin and is using a five-string fiddle as her main axe put the glow on the picture. She’s intelligent and informed, conscientious, prompt, has fantastic powers of concentration, a great memory, a monster groove and she listens even better than she plays. These qualities would make her an MVP in just about any band in this galaxy, let alone the American Fiddle Ensemble.”

For Anger, Republic of Strings represents a natural progression in his 35-year quest to explore the fringes of progressive bluegrass. He sees the project as an outgrowth of a vast musical movement. “The last few years of well-organized fiddle camps and clinics run by Mark O’Connor, Alasdair Fraser, Jay Ungar, Matt Glaser, Randy Sabien, Julie Lieberman, David Balakrishnan and others have brought up a new generation of brilliant players who accept no limitations or boundaries to their chosen music,” he says.

“It really is like a string republic stretching all through the world’s music, and it’s the fulfillment of a beautiful dream that I and those I just mentioned–and many others–have had for years. I can’t tell you how exciting it is to see it happening.”