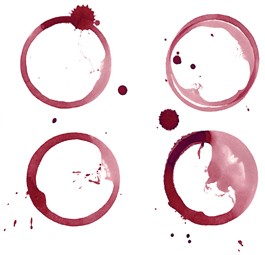 (Once again, for the hundredth time) It's true: Drink red wine every day, and live a long healthy life

T his just in: Demographic studies in the south of France suggest that drinking red wine in moderation is good for your health. If it seems like you’ve heard that a hundred times, it’s because you’ve heard it a million times, yet it’s the piping-hot subject of British wine scientist Roger Corder’s new book, The Red Wine Diet: Drink Wine Every Day and Live a Long and Healthy Life (Avery; $15.95).

Corder, a professor of experimental therapeutics at the William Harvey Research Institute in London, rustles up this old yet happy subject and tackles it with barrels of data at the ready. Much comes from correlation studies demonstrating that those who drink red wine live longer; that those who drink more beer than wine suffer more health problems than vice-versa; that wine drinkers have a lower risk of acquiring dementia in old age than beer drinkers; that red wine protects against fatty buildups in the arteries more efficiently than beer, whiskey or pure alcohol; and other startling if somewhat inconclusive observations.

The subject of The Red Wine Diet addresses a long-discussed issue termed “the French paradox,” which observes that the French, in spite of ample red meat and fat in their diet, are generally thin, heart-healthy and long-lived. Many have tried to explain the French paradox through wine, and for years resveratrol was cited as the latent goodness in the juice. Corder dismisses the idea. Resveratrol occurs in wine in such low densities that one would have to enjoy thousands of glasses each day to ingest enough of the compound to positively affect one’s health.

So in his laboratory, Corder and his assistants analyzed the molecular constituents of nearly 400 red wines from Australia, Europe, South America and California with the goal of “identifying the vascular-protective constituents of wine.”

“In a nutshell,” he writes, “we identified procyanidins (sometimes called proanthocyanidins), the most abundant polyphenol in young red wines, as the key health component of wine.”

Procyanidins have long been known by scientists to have positive effects on the vascular system, and they occur in such abundance in many red wines that two to three glasses per day will offer optimum protection against various maladies. For the nonchemist layman wine drinker, it is enough to associate procyanidins with tannins and to simply think of healthy red wines that protect your blood vessels from clogging as those with a piquant tannic, or astringent, profile. Such wines represent a distinct style of Old World winemaking, says Corder. They are, in general, slightly tart and abrasive on the palate, yet particularly food-friendly.

In a recent interview with the Bohemian in San Francisco, Corder said that the tannic taste is an acquired one, but that a drinker will never abandon it once he comes to appreciate it. On the other hand, the gigantic fruit bombs of California and Australia, so pleasurably simple and easy to drink, lack the tannic structure of the heart-healthy wines in question. Corder suggests that they may even be bad for us.

“They don’t have the procyanidins that we’re interested in, and they have way too much alcohol,” explained Corder. “It was once considered perfectly fine to drink half a bottle of wine or more per day, but wine styles have changed so that today that may be too much, depending on the wines you drink.”

Corder has devised a system for grading wines by their procyanidin content and healthfulness: five hearts, good; no hearts, bad. Most of the red wines he looked at bear a rating of two to three hearts. The Madiran Plenitude from southwestern France is among the highest heart-rated wines. Many Bordeaux wines, though of promising grape blends, are fined with egg whites, which reduce the procyanidins in the final bottled product and therefore dwell in the lower end of the chart.

In California, Robert Mondavi’s Napa Valley Reserve achieved a four-star blessing, while Ravenswood’s Old Vine Zinfandel and Vintners’ Blend received two stars. Corder hopes that within several years, many wine labels will bear this heart-based rating system for the benefit of consumers who wish to literally drink to their health.

Corder acknowledges early in the book the first of several obvious questions, wondering “whether [longevity] is primarily due to a better diet or healthier lifestyle, or whether specific components of wine are part of the secret of improved health.” Of course, by now we’re all sweating and praying and wringing our hands in the hope that it’s the wine that makes us more vigorous in our advancing years, and Corder pursues this conclusion with an endearing commitment.

He hones in on several parts of Europe where old-fashioned winemaking techniques—long fermentation and extended contact between wine, seeds and skins to extract ample tannins—still prevail, pointing out that some of the longest-lived people in Europe dwell in remote pockets of country where the fruit-bomb wines so beloved by Americans and Australians have not yet arrived. In particular, Corder cites the Greek island of Crete, the mountainous Nuoro Province in Sardinia and a tiny pocket of rural southwest France called Gers, regions where men reach 100 years of age more often than just about anywhere else and where the wines they drink daily are red, highly tannic, only moderately high in alcohol and largely from the Tannat grape, which bears high ratios of seed and skin to juice.

But correlation does not prove causation, prompting questions. For one, what about all the regions of France, Spain, Portugal, Italy and other Mediterranean nations where the citizens drink wine at almost every meal? Why do people live less long there?

“They drink white wine in a lot of parts of Europe,” Corder said. “There are areas where red wine is not the first thing they put on the table.”

Corder added that those drinking white wine might as well be drinking water in terms of artery-scouring goodness, for most whites contain virtually no procyanidins. He paused and then delivered the most promising, if downright startling, piece of news yet. “All alcohol is good to an extent, because just the positive feelings of well-being that come from a tipple are a great start toward general healthfulness.”

What about the swarming seniors in the Okinawa Islands of Japan. where, local longevity is sky high, yet red wine, olive oil and all the basic ingredients commonly found in the average European kitchen are virtually unheard of? Corder explained, as he does in his book, that various aspects of diet and lifestyle, not just red wine, almost certainly lead to the good health of centenarians.

“Longevity comes from a combination of red wine, diet and lifestyle,” he said. “The three are inseparable—and, of course, if you smoke, it’s all down the toilet.”

Corder reminds the reader consistently that wine must be enjoyed with food to maximize health benefits, and he suggests chocolate, walnuts, cranberries and pomegranates as snack items high in procyanidins. The latter half of the book, in fact, offers several dozen recipes for fantastic heart-healthy Mediterranean-style meals, and also includes some facts and myth-busting revelations on the pros and cons of low-carb diets, coffee, drinking large amounts of water, indulging in dietary fiber and more.

The Red Wine Diet covers a large area of information, as widely scattered as those three geographical pockets of centenarians that Corder cites as evidence of red wine’s virtues. Ultimately, the book will surely leave some readers wondering why someone hasn’t just fed procyanidin pills to rats to see what happens. Until then, Corder’s red wine thesis is an easy pill to swallow .