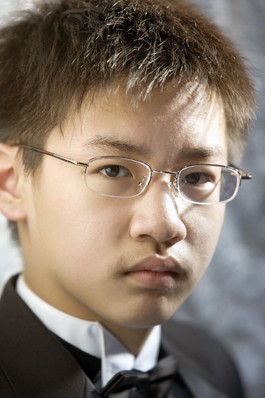 Performing beside a dreamily lit stack of oak wine barrels last July, classical pianist Conrad Tao embodied the true spirit of Napa Valley’s annual Festival del Sole: world-class music set among the North Bay’s most picturesque locales. But unlike the small private audience that gathered to watch him in Calistoga Ranch’s wine caves, this virtuosic performer couldn’t partake in the festival’s winetastings and events. Tao was only 13 at the time.

Like the accomplished adolescent performer, the festival itself is impressive in its youth. Founded in 2006, by former pianist Barrett Wissman with performing-arts attorney Richard Walker, Festival del Sole combines classical music with Napa wines, five-star cuisine and such spectacular venues as castles and cellars. This year’s lineup includes classical-music superstars soprano Renée Fleming and violinist Sarah Chang, and actor Robert Redford. It also welcomes Tao back for the third time.

“I always look forward to the festival,” Tao says, now a worldly 14. “It’s such a gorgeous place to be and a wonderful place to make music.”Tao’s first performance at Festival del Sole was the stuff of musical biopics. When a headlining pianist canceled due to illness a week before his scheduled performance, festival organizers had to frantically find a replacement to perform Prokofiev’s challenging Piano Concerto no. 3. Luckily for Tao and for the festival, someone had seen him play the Prokofiev piece earlier that year at the Juilliard Concerto Competition and suggested that they call up the young pianist.

When his manager first called him, Tao wasn’t sure if he had enough time to prepare. Although he only had a week, Tao understood that this performance could be a career-making one. After 10 minutes of thought, he called his manager back and agreed to perform.

Besides limited rehearsal time, the practically unknown Tao faced some skepticism among certain festival organizers. Festival director and cofounder Walker remembers some who doubted whether such a young person could have both the technical proficiency and the adequate emotional maturity to handle the intensity of Prokofiev. Tao proved them wrong.

“He came and blew everybody away,” Walker says. “It was a discovery for us. He’s sensational.”

Though Tao has been giving public piano recitals since he was four, the Festival del Sole served as a kind of grand coming out party for his musical career. He played alongside the Russian Philharmonic Orchestra and got to meet famed violinist Joshua Bell. Since then, his career has taken off, featuring performances with the San Francisco Symphony Orchestra, the Fort Worth Symphony and the Verbier Festival in Switzerland and, most recently, at the Ravinia Festival in Chicago. He’s also an award-winning violinist and composer.

Reviewers have wondered if Tao has bionic hands and often comment on the depth of expression and emotional force of his performances. For Tao, it’s just what he does.

“I just end up doing what comes naturally,” Tao says. “Most people take what I do naturally and view it as mature or intense. For me, the most important thing is to take the heart and soul of music and express it the best I can.”

One might expect someone so young and accomplished to embody some of the unfortunate stereotypes of child stardom: obsession, single-mindedness and isolation. But not so, according to Walker.

“He is a great kid who is also a normal kid,” Walker says. “He’s not someone living in a bubble. “

Tao has played all over the world with legendary performers and conductors, but he is also someone young people can relate to. For Walker, this makes Tao a perfect performer for Festival del Sole, which endeavors to make classical music more accessible. The festival donates tickets to youth groups, hosts a free young artists series, and prides itself on the amount of artist and audience interaction.

Tao performs at the festival’s opening night gala on July 18 on a slate with Chang and pianist Andrew von Oeyen. Following the performances, Palmaz Vineyards hosts a twilight dinner on the terrace overlooking Napa Valley. Like most 14-year-olds who aren’t world-renowned musicians, Tao will have to wait a few years before even sipping the Cabernet Sauvignon.