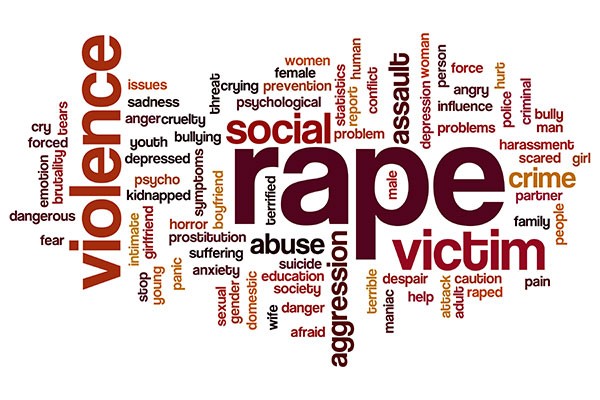 Gov. Jerry Brown obviously hasn’t been watching Fox News or reading Forbes.com to hone his talking points on campus rape. On Monday Brown signed the nation’s first so-called “yes means yes” law, designed to address the crisis of sexual abuse of women on college campuses. The rule is designed to ensure that allegations of sexual assault are properly investigated—and that the fellas are clear on what consent is, and isn’t.

“Yes means Yes” flips the script on “No means No,” by putting consent in the affirmative—and offering hints for dudes on what that might mean. The new rule says that in the absence of “an affirmative, conscious and voluntary agreement to engage in sexual activity,” you’re a rapist.

Last week, Sonoma State University joined the 22 other state colleges that pledged to hire confidential sexual assault victims’ advocates by next June. The California State University system supported the bill, which was introduced by Assemblyman Kevin deLeon, a Los Angeles Democrat. “This bill is really going to help clarify some of the ambiguities on sexual assault on campus,” says Susan Kashask, chief communications officer at SSU. “What comes next is helping educate the campus on this change. It’s a huge change, and it has to be communicated to everyone—the students, faculty and staff.”

The bill’s gotten national attention and its signing comes as the nation has been fouled by numerous right-wing dunderheads scrambling for a blame-the-victim card to play when it comes to campus rape.

In just the past few weeks, we’ve seen some appalling garbage in the right-wing press that stands up for the unfortunate duty of a man to rape a woman if the woman happened to wander wasted into a frat house.

A Forbes columnist wrote a detestable—and quickly removed—online column two weeks ago that claimed drunk women were ruining frats by forcing men to rape them, a meme amplified on, where else, Fox News’ “The Five.”

The hosts there echoed the Forbes column, defended the writer, and bloviated mightily on the two-way street of personal responsibility.

The Department of Justice in 2007 found that one in five women say they’ve been the victim of rape or attempted sexual assault while in college.

A few weeks ago we reported on a housing discrimination lawsuit targeted at the Bank of America and its treatment of foreclosed houses. Now Vallejo has been officially added to the ongoing lawsuit, first filed in 2012 by the National Fair Housing Alliance. The lawsuit charges that Bank of America had blown off the maintenance of houses they’d foreclosed on, mostly in black and Latino neighborhoods.

Vallejo was added to the suit based on evidence of foreclosure discrimination by Bank of America. The NFHA and Fair Housing of Marin hit the bank for its poor showing “in the upkeep of its foreclosures in neighborhoods of color.”

The lawsuit implores the federal Department of Urban Affairs to put some federal stink-eye on the bank. So far HUD has hummed a tune of silent nothingness. —Tom Gogola