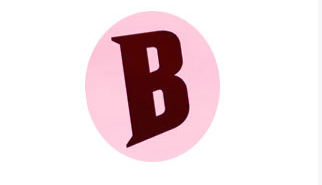 North Bay voters: we must reject Proposition 1, the water bond on the November ballot. This sham would burden us with $7.5 billion in new debt, which translates to $14.4 billion including interest. That’s $360 million per year for 40 years that could be used for other priorities like education and health care. For an investment like that, we have a right to expect relief from immediate drought stress and solutions to our long-term water crisis. Prop 1 fails to fulfill these critical needs.

Prop 1 was negotiated for weeks behind closed doors with little opportunity for public input. In the end, Republican legislators played hardball, refusing to support the package unless it guaranteed $2.7 billion for water storage, read: new dams.

That’s a waste of money. Raising the Shasta Dam and building the Temperance Flat Dam on the San Joaquin River and Sites Reservoir in the Sacramento River watershed could increase the state’s water supply by only 1 percent (316,000 acre-feet), a drop in the bucket that wouldn’t be available for the years or decades it would take to build these dams. And, this trickle would not benefit the North Bay: it’s the dream of corporate agriculture interests in the west and central San Joaquin Valley who want to keep growing water-intensive crops on toxic soil to export to emerging markets like China.

What’s more, Wes Chesbro, our veteran environmental legislator on the North Coast, cast his vote against the bond in the legislature, citing potential diversions from local rivers that could hurt salmon recovery efforts.

A real water solution for California must focus on conservation, stormwater capture, and groundwater cleanup. Reports by Natural Resources Defense Council estimate that California could easily gain 5 to 7 million acre-feet of water through these methods. Another 500,000 acre-feet could be saved in major cities by fixing leaky pipes. But, Prop 1 dedicates only $100 million for water conservation and $200 million for stormwater projects—and forces taxpayers to pay for useless dam projects in order to access this woefully inadequate funding.