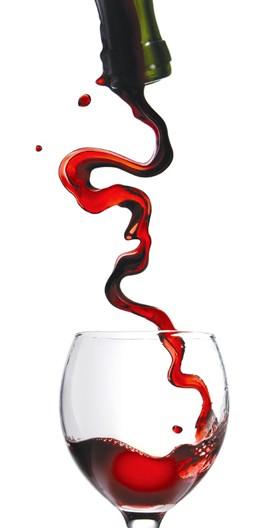 We’ve done it again: drunk up every day of a perfectly good year and tossed the empties into the maw of the great recycling bin that shows up, curbside—if we pay our bills. Let’s look back at a few of the past year’s standout sips and miscellany from Swirl ‘n’ Spit’s travels.

March Visitors to Frank Family Vineyards new tasting room get a glass of vintage bubbly as they walk in and pay no fee, ever.

April Kenwood’s Enkidu is named for ancient Sumeria’s ultimate fall guy and friend of the animals; 2006 Humbaba ($25) is a rich Petite Sirah-Syrah that runs with the animal crackers.

May Castello di Amorosa is a hugely ambitious, manic-man’s monstrosity of hand-cut stone—and totally worth a visit. In Bodega Bay, only Mahoney Vineyards Carneros Vermentino ($21) can compete with the salty sea breeze.

June Bennett Lane Winery sponsors NASCAR at Infineon Raceway, in a bid to transform “beer drinkers into wine drinkers one race at a time.”

August One slow, dog day in downtown Napa, Trahan Winery’s Sadie the dog gets a custom-built dog throne out of old barrel staves. Visitors are excited; they like the wines, too.

September As harvest kicks in, Lutea’s Pinot Noir is nearly as irrepressibly fragrant and quaffable their 2008 Horse & Plow Grenache ($25). Meanwhile in West Marin, Pey-Marin’s 2007 “Punchdown” Sonoma Coast Syrah ($25) is a luscious paper tiger that helps to soften our stance against the phrase, “food friendly.”

October Woodenhead knock-knocks us out again with the mouth-watering half-baked raspberry, olallieberry and toasted cocoa-bean pie that is 2006 Martinelli Road Vineyard Zinfandel ($45). Newcomer Truett-Hurst swears that inky 2006 “Burning Man” Petite Sirah ($33) has nothing to do with certain events in the desert, honest.

November 24 Degrees ($18), a crystal-clear, Chardonnay-based, 48-proof spirit for mixing fancy cocktails, is vended from a ramshackle shed in rural Graton.

December A Bohemian panel favors Korbel’s can’t-go-wrong Brut California Champagne ($11.99) over local rivals. Corks are popped, barrels are topped, vines are lopped, and the whole darn thing gets ready to start over again.