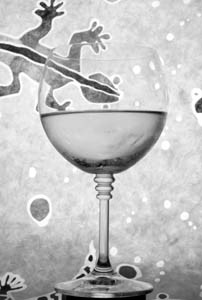 The truth about wine

MYTHS abound in virtually all aspects of our business and personal lives. You have to have money to make money. An apple a day keeps the doctor away. A good defense will beat a good offense every time. Most myths possess at least a shred of truth, and often are closer to being correct than incorrect; they’re just hardly ever entirely accurate. And, generally speaking, these assumptions and assertions are harmless. So it is in the world of wine, where Champagne labeled “extra dry” actually is quite sweet, and where consumers put more faith in highly subjective numeric ratings than in their own taste buds.

Allow me a few inches of newsprint to bust a few of the more common vinous myths. Also, with that thread-of-truth caveat in mind, allow me to recommend an equal number of myth perpetuators.

Myth No. 1: Vineyard-designated wines are superior to other wines. A vineyard designation, in and of itself, is no guarantee of quality, let alone superiority. I’ll grab a bottle of “California” cabernet from one of the giant wine “factories” over a “Gila Monster Hill Vineyard” offering from Bakersfield any day of the week.

A vineyard-designated wine simply offers the aromas and flavors of the grapes grown in a particular vineyard–the good, the bad, and the smelly.

Candid vintners will tell you that most vineyard-designated wines could have been improved by at least some blending, and that once the nuances imparted by oak barrels become a part of the wine, most of the distinctive vineyard characteristics are neutralized.

There is one commonality that almost all vineyard-designated wines share, however: a premium price.

Myth Perpetuator No. 1–Chateau St. Jean 1998 Robert Young Vineyard Chardonnay, Alexander Valley ($25). When the chardonnay grapes grown in the Robert Young Vineyard are subjected to malolactic fermentation, they produce a liquid that tastes more like imitation butter-drenched popcorn than wine.

So winemaker Steve Reeder transforms this delicate fruit into a non-malolactic wine, big on fruit and spices, that earns critical praise even in challenging vintages. Rating: 3.5 corks (out of 4).

Myth No. 2: “Old Vine” zinfandel is superior to zin grown in less venerable vineyards. While it’s true that older vines tend to produce smaller yields and grapes with more concentrated flavors, there is no guarantee that these flavors will be “better.”

Furthermore, there is no agreed-upon definition of “Old Vine.” Much like human age, “old” depends on the image one holds. To an 18-year-old, 40 years sounds ancient. To a 40-year-old, 65 years may represent the beginning of one’s second carefree youth.

Myth Perpetuation No. 2–Pedroncelli 1997 Pedroni-Bushnell Vineyard Zinfandel, Dry Creek Valley ($15). While this wine is not promoted as an “Old Vine” zin, the vineyard that produced it dates back more than half a century.

The wine is rich and intense, with lots of berry (black, rasp, and boysen) and black pepper flavor. Ideal alongside a pepperoni pizza or barbecued fare. Rating: 4 corks.

Myth No. 3: “Reserve” wines are superior to “regular” bottlings. As is the case with the term “Old Vine,” there is no mandated or generally accepted definition of “Reserve” or its many permutations, including “Private Reserve,” “Cellar Reserve,” “Winemaker’s Reserve,” and so on. Often, but not always, “Reserve” wines spend more time in oak barrels than “regular” wines do. Because barrels are expensive, prolonged oak aging can significantly inflate the wine’s price. (It also can overwhelm the fruit flavors, but that’s another story.)

AS I ENTER the home stretch of this exercise in myth busting and perpetuating, allow me to recommend a twin-myther: Dry Creek Vineyard’s 1999 Reserve Fumé Blanc ($18). Not only does the “Reserve” designation carry no meaning, but neither does the “Fumé Blanc” name. Fumé Blanc is a phrase concocted by Robert Mondavi, a vintner who has been around longer than most “Old Vine” zinfandel vines. It’s simply another name for sauvignon blanc, although some (but not all) wineries invoke it to imply sauvignon blanc aged in oak. This twin-myther was, indeed, aged in oak barrels–both French and American–for eight months. But there’s still plenty of fruit flavor, along with an alluring floral aroma provided by the addition of a dollop of viognier to the blend. Rating: 3.5 corks.

Here’s one final myth for the road; it is perhaps the most common, and least accurate, wine myth of all: Price equates with quality.

Previous Article‘The Taste of Others’