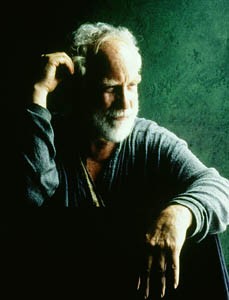 There are two reasons we go to see movies. One is to escape, to effortlessly slip away into another space for an hour and a half. The other is to discover–the glimmer that after it’s all over, we’ll come out knowing more about ourselves. Truly great movies do both. Mainstream movies often accomplish only the former, and those still thirsting for the latter know to look elsewhere.

Over four summer weeks, the Wine Country Film Festival, now in its 16th year, brings us a vibrant palette of cinematic experiences that not only entertain but make us richer as people, more understanding of the world around and beyond us. The films span from big-time premieres (such as Ghost World and La Bamba in the past) to tiny, obscure foreign and domestic films that would otherwise slip though the cracks of the cineplex world.

Plenty of film festivals do that, though; that’s what they are for. The distinctive factor about the Wine Country Film Festival–besides its idyllic vineyard settings and laid-back pace–is that it’s not just a receptacle for random movies. “Celebrating independent film, as well as international cinema–yes, we do that, but almost all of the films have a special purpose. One of the things we try to do is present films that have a very special reason to be made,” says Stephen Ashton, the festival’s founder and creative director, who, with his wife, Justine, puts together the festival from the couple’s ranch in Glen Ellen. The festival opened on July 18 and continues until Aug. 11.

The lust for life and poetry are the heavily listing slants running through many of this year’s films, be they features or documentaries, foreign or domestic, long or short form. Looking at the selections, it’s tough to distill one specific theme rather than identifying several overlapping shared themes, a factor that allows great leeway for diversity within the festival. There will be a tribute to Argentine director Eliseo Subiela and a Life Achievement Award for actor Richard Dreyfuss, who stars in Rolf de Heer’s The Old Man Who Read Love Stories; spotlight events combine food, film, and cultural backgrounds; and “Celebrate Tibet” day brings together Himalaya and The Making of “Himalaya“, plus others.

“The Poetics of Cinema–that’s really what one of our subheads is this year,” says Stephen. “What that means is that poetry is quoted in film, like in Eliseo [Subiela’s] work, but also it is the very nature of film–nonverbal storytelling–so that your impact is really delivered on many different layers, through visual metaphors that are presented. So cinema, in one sense, is an embodiment of poetry.”

In Eliseo Subiela’s work, this is often literally the case. Subiela’s films are infused with magical images, lighthearted neorealism, and poetry employed as dialogue, probably best personified in 1992’s The Dark Side of the Heart, which presents a libidinous poet’s quest for just the right woman–“I don’t give a damn if a woman’s breasts are like magnolias or figs,” he spouts, “but I cannot abide a woman who cannot fly.” He means it too; after wooing a series of women who achieve no airborne hovering during the act of passion, he ditches them through a trapdoor in his bed.

(Subiela’s sequel, Dark Side of the Heart 2, plays at the tribute, which will feature tango dancers and a lavish Argentine dinner with lots of grilled meats and maté.)

“The work of Subiela is remarkable,” says Stephen. “In the United States, he’s not at all well-known, except for one film: Man Facing Southeast. Around the world he is highly, highly respected. His work is laced with poetic and artistic references. He comes from a tradition that’s Buñuelian-influenced.

“It’s particularly interesting,” he continues, “because when [North Americans] try to do this style–because we don’t have the stringent kind of social conditions in most parts of our society–it doesn’t ring quite right. But somehow or other, when it’s integrated into this world, it’s appropriate and fits with the poetry and goes with the metaphors that you can read all the way down into the society. Some of Subiela’s work is very socially conscious.”

In the festival’s forum sessions (Aug. 2-4), filmmakers, scholars, and the public will discuss this relationship between poetry and cinema. Stephen sees these forums as great opportunities for everyone involved. “We’ll look back at the work of Luis Buñuel, we’ll reflect back on Jean Cocteau. Our dream is that some of these independent filmmakers of the American cinema, who may not be so schooled in that tradition as they are in other parts of the world, will be able to actually be inspired by encounters with filmmakers from other countries. It could very well influence how their next films are going to be.”

Expanding our perception of film’s role worldwide and what it is capable of communicating has always been one of the festival’s strongest points. “What we frequently try to do is introduce other cultures,” Stephen says. “The festival is really quite international in scope”–which does not translate to stuffiness and cinematic trudges, but to a joie de vivre that everyone can understand.

“There’s universal stuff that goes on in film, and I don’t see it as categorized–‘African-American’ or ‘Asian,'” says Justine Ashton. “There’s such a richness out there, and when you start seeing films from all over the world, something happens and you start breaking through cultural barriers somehow. I think viewers in this area particularly are more savvy in terms of world culture, whether it’s music or dance or film or literature.” Lucky for us, we have a film festival to indulge that.

The Quiet & the Loud