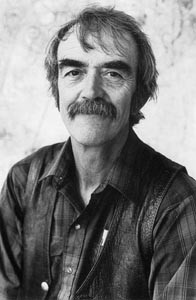 William Wiley and Mary Webster take on the art world

MAKE NO MISTAKE: This is war. Or, at any rate, that’s how Mary Hull Webster sees the situation. Asked to give her views on contemporary culture and the world of art, the 52-year-old Bay Area artist and writer draws repeatedly on the imagery of battle, marshaling her words in a tone of voice as intense as her convictions.

“Almost everyone I know feels that tremendous changes are going on right now,” she says. “Changes in general on the cultural, political, social, and individual level. As I’ve said to many people, how can we make art as though these changes are not happening?”

That’s just one of many provocative questions to be discussed by Webster, who is a contributing editor at ArtWeek magazine, and prominent California artist William T. Wiley in a special presentation on Friday, July 30, at the Sonoma Museum of Visual Art’s ongoing series of Salon Nights.

Don’t be fooled by the innocuous-sounding official title of the evening’s talk (“What Is Art for?”). Webster and Wiley are clearly determined to ask unsettling questions about the contemporary art world–a provocative tendency they’ve already firmly established in an exhibit, also called “What Is Art For?,” that the pair recently organized at the Oakland Museum.

The unconventional exhibit, which continues through July 25, features the work of some 100 Bay Area artists, including pieces by Webster and by Wiley himself, who many believe to be one of the most important contemporary artists to emerge from the Bay Area.

Wiley, 61, hopes the show in Oakland and the upcoming lecture in Santa Rosa address the fragmentation and confusion he now sees in the art world. That splintering, he believes, is the fault of contemporary art itself.

“It became an exclusive object that no one could afford or understand,” Wiley says. “I think there was a big alienation. . . . The food that was being produced at the top just didn’t nurture enough. You go to see the very best and find yourself wanting something more.”

To address that situation, Wiley and Webster organized the exhibit at the Oakland Museum around a series of provocative questions: “What Is Art For?,” “What Are Museums For?,” “What Are You For?” The 7,500-square-foot installation, which has attracted intense media attention, incorporates participatory events, collaborative artistic efforts, and various other unconventional elements.

Indeed, the exhibit has attracted both acclaim and criticism from art critics and museum-goers alike. There have also been what Wiley calls “very heated” discussions about art during the public discussions at the Oakland Museum.

“Not everybody agreed, but there were good lively disagreements, and people thanked each other for being provocative,” Wiley says with a laugh.

And that’s pretty much what the duo hope to see happen during their Salon Night appearance at SMOVA. After all, there seems to be plenty of room for disagreement about the future of the art world.

“Art is going to get more interesting, more homegrown, more organic,” Wiley says. “And, hopefully, it will move back into our lives and cultures in a way that’s more appreciated, more valued, less elevated. We’re rediscovering ways to rediscover ourselves.”

“I hope that what Wiley says is correct,” Webster quickly adds. “I think that’s what we would both like to see. However, I think that the art of the next century depends entirely on who wins the wars in terms of social and cultural and economic issues. Depending on how the culture moves, so will art move. All of those wars are currently very hot, and who knows who will win?”