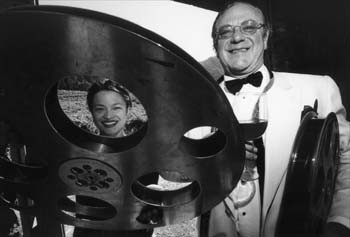 AT THIS POINT in history, I think we have to start focusing on our common humanity and turn our attention to redemption and forgiveness,” says Steve Ashton. “And it really seems that many filmmakers around the world are also thinking along these lines.”

Ashton should know. As the founder and director of the 13-year-old Wine Country Film Festival, he trots around the globe every year, exploring the world of film from Sundance to Berlin, skimming the cream of the cinematic crop and bringing it back home to Northern California. This year, he returned bearing a sheaf of international films–from shorts to documentaries to features–that might be said to constitute a heroic global effort at cross-cultural understanding.

If the 103 films from 31 countries screened at the sprawling festival–which kicks off on July 22 and continues through Aug. 15–have a common denominator, it is this: They tend to find deep fractures and divisions, whether in human lives or in human societies, and plunge into their depths.

From a dramatic documentary about Serbian nationalism (The Reckoning, showing on Sunday, Aug. 1, at Masonic Hall in St. Helena) to a dark comedy about a beleaguered high school teacher who resorts to highly unorthodox methods of classroom discipline (Detention, showing Thursday, Aug. 12, at 9 p.m. at Sonoma Cinemas), these films are certainly anything but parochial, anything but safe. In the crowded world of the film festival, that “not from around here” quality has become the Wine Country Film Festival’s most distinguishing trademark.

“Part of the purpose of the festival is to open our minds and create a greater understanding among peoples,” Ashton says. “Throughout a lot of the schedule, that’s the theme–multiculturalism and understanding, both in terms of nationality and in issues of gender and race.”

When you call the festival’s offices, there’s a good chance that Ashton himself will answer the phone. It’s one more sign that the 56-year-old Glen Ellen resident, who studied film at New York University, takes the event rather personally.

Indeed, despite the event’s growing reputation and long list of corporate sponsors (Volvo signed on last year), the event is still miles from the slick cinematic extravaganzas to be found elsewhere in the Bay Area.

This year’s opening night gala trots out the star power–with the premiere of The Nephew and an appearance by the movie’s rising young star Hill Harper–but Ashton and his wife, Justine, still run the festival from their rambling old farmhouse, and the eclectic selection of films continues to reflect Ashton’s personal passions.

While one of Ashton’s goals is to feature films that help people understand each other, another aim is to further understanding of cinema itself. The festival is especially focused on educating the next generation about the wonders to be found off the beaten path of the Hollywood blockbuster.

“We’ve got lots of films for kids this year,” Ashton says. “One of the things that we’re trying to do is introduce young people to films they wouldn’t ordinarily see and help them see that the language of cinema can cross national borders. We want to accustom them to the idea that it’s OK to see a film with subtitles.”

Among the festival’s most important components are the short-film showcases, which offer a rare chance to get a look at such works as The Spitball Story and Human Remains.

A record number of entries poured into the festival’s short-film contest this year (the awards will be announced on Aug. 14 at the Valley of the Moon Cinema in Jack London State Park). That surge in participation, Ashton believes, may reflect the fact that the short film is gaining greater respect in the United States.

“The audience can be just as powerfully moved by a well-constructed short film as they can by a feature,” Ashton says. “This is not just a testing ground to see if you can make a longer movie. It’s an art form in itself.”

Then there is the festival’s first poetry slam, the filmmaking seminars, the presentation of a lifetime achievement award to Ernest Borgnine, and much, much more.

It’s the endlessly unpredictable nature of these offerings that makes this quirky festival so distinctive. And it’s clear that the event’s founder wouldn’t have it any other way.

“We try to have something for everyone,” Ashton says.