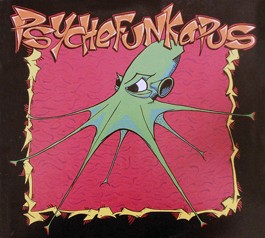 Pop music isn’t always exactly aligned with major social upheaval. Here we are, at the end of 2009, with bailouts, unemployment, healthcare battles, wingnut dissent, withered hopes and even more withered bank balances, and our pop music isn’t the fiery, angry alternative rock that defined the not-very-oppressive Clinton era. It’s Taylor Swift and the cast of Glee. The mood of the country is such that escapism is more attractive than reality in music. We’d rather hear about Shawty getting low—not our spirits.

This is not new. Even 20 years ago, in 1989, the headlines were dominated by Tiananmen Square, the Exxon Valdez oil spill, Operation Rescue, the “War on Drugs,” the PMRC, Ayatollah Khomeini and the Eastern Bloc. What was playing on the radio during the turbulence? New Kids on the Block, Milli Vanilli, Paula Abdul and “Batdance.” Depeche Mode may have asked for a personal Jesus, but the rest of the country cruised in their cars—as big as a whale—in neon hypercolor T-shirts, stonewashed jeans and ratted hair.

The Bay Area wasn’t immune to this imbalance in 1989. For every punk band screaming about lingering Reaganomics, there were at least five or six “funk” bands—usually leftover metal bands—with a slapping bass player, a disco drummer and a shirtless lead vocalist singing and rapping, usually in wacky metaphors, about sex. If you remember any of these bands, with names like Fungo Mungo, Blüchunks, Smokin’ Rhythm Prawns and the Limbomaniacs, then you surely remember the Bay Area’s great white hope for funk.

Psychefunkapus seemed to have it made: a major-label deal with Atlantic Records, MTV videos, hordes of blonde girls in the front row. And then, faster than you can say “Smells Like Teen Spirit,” they were forgotten ashes from a scene that imploded under the crushing weight of Seattle. Until now. With a completely sold-out show with the reunited Limbomaniacs and Fungo Mungo at Slim’s in San Francisco on Jan. 2, the groovalicious band—originally formed in San Geronimo—plays a warmup gig on New Year’s Day in Point Reyes to provide cautious diversion and morphine-like nostalgia for the survivors of 1989. Throw on those Vaurnets and mosh it up to “Surfin’ on Jupiter” all over again with Psychefunkapus on Friday, Jan 1, at the Dance Palace. 503 B St., Pt. Reyes Station. 8pm. $20. 909.993.7227.