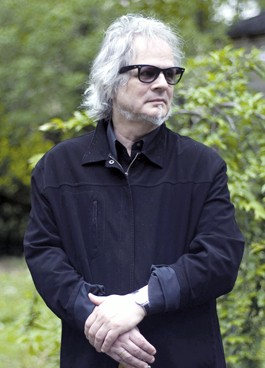 It’s just barely possible to get through a full day of classic rock radio without hearing one of the iconic songs—”Like a Rolling Stone,” “You Can’t Always Get What You Want,” “Sweet Home Alabama,” “I Can’t Quit Her,” among others—that Al Kooper had a hand in creating, as a songwriter, keyboard player, arranger, producer and/or bandleader.

Perhaps best known for organizing and playing on the 1968 Super Session LP with Mike Bloomfield and Stephen Stills (an early bid to apply the jazz jam-session ethic to rock and roll), Kooper rose to prominence as a member of the Blues Project and went on to form Blood, Sweat and Tears, only to depart before the band broke through to massive success. Add to those a history of session work with a who’s who of musical greats (the Stones, Dylan, the Who, B. B. King, Jimi Hendrix, Miles Davis) and you have to wonder, why isn’t this guy a household name?

Sometimes he wonders, too.

Just finding dates to play—such as the pair of solo appearances that bring him to San Francisco and Fairfax next week—is a challenge. “I’d like to play a lot more, but it’s hard to do it,” the 65-year-old Kooper grumbles affably by phone from his Boston-area home. “I change booking agents like Kleenex, but it just doesn’t work.”

Asked to choose a favorite from his own considerable compositional output, Kooper quickly settles on “I Love You More Than You’ll Ever Know,” a soulful track from the debut Blood, Sweat and Tears album Child Is Father to the Man. “It reached a lot of people,” he explains. “I think more people have recorded that than any other song I wrote. It was really spearheaded by Donny Hathaway’s recording, and then a lot of people basically imitated his version of it. I just got a video someone sent me of Stevie Wonder singing it, which was a big thrill for me.”

Although Kooper was the featured vocalist for many of the Blues Project sides and most of Child Is Father to the Man, as well as his numerous solo recordings, he is quick to acknowledge that singing “was really my weakest card. The one thing that sort of got me through was I always believed in what I sang, and I always concentrated on that believability. There are a lot of really good singers who don’t do that. So I think people believed what I sang, and that helped me get through the fact that I didn’t sing it very well.”

Kooper has detailed his personal odyssey through rock history in the delightfully plainspoken (and recently updated) memoir, Backstage Passes & Backstabbing Bastards, which chronicles his early days peddling songs to Gene Pitney through the many previously cited highlights to his most recent solo records, Black Coffee (2005) and White Chocolate (2008), both of which display his newfound love of the mandolin, often used as a textual substitute for acoustic guitars.

And even if he’s not playing as much as he’d like, Kooper is definitely listening. “Now I think I know more about current music than I’ve ever known,” he says, hastening to exclude modern country music, rap, hip-hop and thrash metal.

A scan of the “Fifty Faves of 2009” posted on his website finds nods to Jesse Winchester and Rickie Lee Jones, along with enthusiastic shout-outs to far less familiar names such as Kristina Train, Other Lives, Worlds Collide and the Honeydogs.

But Kooper is also disdainful of the current “glut of people who call themselves musicians” and the industry machine that encourages them. “Each generation, the music business concocts a new kind of music that’s geared to infuriate the parents of the last generation,” he philosophizes. “Hip-hop and rap—it’s wasted on me. They succeeded quite well in giving this generation a music that would infuriate the older generation.”

Still, he says, “History has shown us that it always does come back to three-chord rock and roll. They just call it something different each time.”