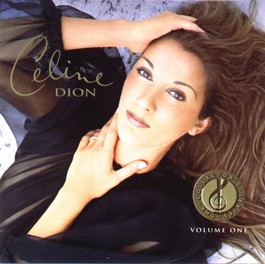 M y friend and I used to play a time-killing game on the subway called the Deal Breaker. The setup was that you meet a man or woman who is perfect except for one very horrid thing. Is that horrid thing a deal breaker?

The game can go on for hours, and its most delightful aspect is the shallowness of the deal breakers. A fondness for scat play, being Matt Damon’s twin brother and refusing to eat onions in any form have all been hypothetical deal breakers.

I’ve played this game with multiple people, and one sure-fire deal breaker is a passionate devotion to Celine Dion. (In this instance, “devotion” is defined as being strong enough to merit multiple trips to Las Vegas to see her show, proudly displaying autographed Dion glossies or ownership of all scents in her signature line of perfume.)

But why is Celine Dion so awful as to negate even possible pretend relationships in the course of the Deal Breaker game? Who of us even knows what she sounds like? I, for one, can name only one Celine Dion song off the top of my head—you know, that one from Titanic . That’s it.

This snap judgment of taste is what prompted Carl Wilson to plumb the depths of Celine Dionity in his new book for Continuum’s 33 1/3 series, Let’s Talk About Love: A Journey to the End of Taste ($10.95). Each slender paperback in the 33 1/3 series features a literate music lover penning an entire book on a single life-changing album—mostly albums that would not seem out of place on Rolling Stone’s “Top 100 Albums of All Time” list.

Wilson, a critic and editor for Canada’s national newspaper, The Globe and Mail , departs from the rapturous tones of his 33 1/3 colleagues by examining not why he loves Dion, but rather focusing on the idea that cool people hate Celine Dion because they are supposed to. The image-conscious have been conditioned to reject her.

The hypothesis forces us to consider what “cool” is in the first place. A satisfactory definition is elusive, because coolness itself is vaporous and shifting. One does not attain coolness from trying to be cool, as most of us painfully discovered sometime between sixth grade and our junior year of high school. Coolness just happens, which is why it’s so easy to sniff out bullshit cool.

I know I’ve used Dion as a generic example of lameness in these very pages; she’s an excellent go-to when listing indicators of ill-tuned cultural radars. I’ve shoved her into a category along with Jack Johnson and Josh Grobin: theirs is music for people who don’t like music, those whose intellect or emotional response to sound is underdeveloped or who simply don’t know any better.

Just why some very middlebrow things are acceptable in the realm of coolness—wearing a wardrobe comprising primarily jeans and T-shirts, a fondness for the coffee at Dunkin’ Donuts, buying half of your groceries at Trader Joe’s—and why others are not is baffling. To be honest, I think about this kind of stuff all the time. When is it OK to make fun of stuff that’s lame, and what makes it lame? How much of music criticism is pure bias, and how much is careful consideration?

But the job of a music critic is not to state if music is cool but to put its artistic merit in a larger context, to assess its importance in the grand scheme of culture.

To her credit, Dion has never tried to be cool. And not being cool hasn’t hurt her popularity; she’s sold at least 200 million albums worldwide. That Celine Dion is important as an entertainer is indisputable; you can’t argue with 200 million albums. And even though Dion is not cool in the eyes of the cool, odds are that at least one of her albums has changed someone’s life the way Ramonesmania changed mine.

I still don’t like what I know of Dion’s music and probably never will. But Wilson’s efforts to examine the rote critical assumption that Celine Dion’s music blows ass digs up all kinds of fascinating issues about the nature of taste and the hierarchy of pop culture. The idea that one needs a hall pass, so to speak, to admit liking an artist like Dion is past its prime. It doesn’t pay to be a snob. That’s a deal breaker .