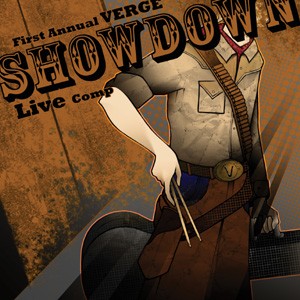 It’s a balmy summer evening in July, and something strange is in the air in Marin County. This something is definitely loud, and appears to emanate from San Rafael. Inside San Rafael’s B Street Community Center, a pack of budding rock-stars-to-be storm the stage. Raucous guitar strums, groovy bass notes and machine-gun drumbeats ring out and mingle with the cheers of the audience. The Verge Showdown spreads into Marin County’s airspace.

Entering the semifinal Showdown event is like walking into a lion’s den of excitable youth, who do everything that the various teenage archetypes do at social events: the hardcore music fans stare at the stage in rapt attention; the kids who play it cool lurk in the shadows; and the hyperactive attention-lovers inexplicably cartwheel through the crowd. Bands waiting to hit the stage wander the room with guitars slung over their shoulders and drum sticks beating the air in anticipation. Above all else, audience and band members alike brim with an overarching feeling of excitement about having something to do on a Friday night that won’t get them into trouble.

The Verge Showdown is another in a healthy list of projects for Volunteers Organizing in Collaboration for Events (VOICE). This battle of the bands features young acts from Sonoma County, Napa County, the East Bay, the Bay Area–anybody within a few hours’ drive. These musicians have been competing at one-off concerts all summer long to earn an opening slot at the Oct. 1 Rock ‘n’ Blues by the Lake concert in Novato headlined by Journey. But where did this mysterious Verge concert series and the nonprofit organization that spawned it sprout from?

When the Marin Community Foundation began to move forward with plans to open a new venue in San Rafael three years ago as part of its New Marin Youth Center, the city wisely sought to involve the community’s teenagers from the early stages of development on. A local youth group, Oasis, was tapped for this purpose. Unfortunately, after two years, the Foundation severed ties with that organization.

But Oasis head Mario Capitelli and his enthusiastic cohorts were not so easily deterred; they still wanted to be a part of this new venue. And so VOICE was formed to pick up where Oasis left off. The Verge concert series began as a way to raise funds for the new center. Fundraising has proven successful–it’s only a matter of time before the venue is open (look for it in late 2005 or early 2006)–and the concert series lives on as a key part of the local music scene.

Back at the show, order has somehow overpowered the expected chaos. A room teeming with rambunctious teenagers and a lineup of relatively inexperienced bands should equal one messy disaster of a concert, but surprisingly everything runs smoothly and on time. This little miracle can be attributed to the dedicated youth board of directors for VOICE, who perform every practical duty at the show. They work the door, introduce the acts, run the sound board and even sell treats at the snack bar. These kids work hard for their fun.

As VOICE is a nonprofit, it has a mandatory board of directors who must sign off on funds, but when it comes to putting on shows and planning the future venue, it’s all about the kids. The always optimistic Capitelli admits that in the early days, way back in the summer of 2004, he did most of the legwork for the shows, tracking down bands and renting halls. But now the twenty-something is happy to say his labor is limited to advising and carrying out the crucial legal jobs that minors cannot do, like signing contracts and securing insurance.

Membership to this youth board is open to anyone. Capitelli says there is an average core of about 15 to 20 members who are consistently active, and another few dozen kids who show up sporadically to involve themselves in varying degrees, but everyone makes a contribution and everyone gets to feel a personal connection to the music scene. This correlation is crucial to the long-term maintenance of the concert series; passion is a key ingredient for keeping a project like this cooking.

At this evening’s semifinal round, six competing bands and a special-guest headliner leave no shortage of music echoing in the rafters. The musicians are rehearsed and ready, the spirited audience floats in and out of the main room, socializing in the lobby between bands and rushing in with an infectious energy to cheer when a favorite group hits the opening notes.

The night ends with an impressive ticket count of 215. (Capitelli proudly discloses that one show reached an attendance high of 365.) While that may not sound like a lot to the concertgoer whose experience is limited to last year’s Paul McCartney tour, any young unsigned group will cite playing to 200 or 300 enthusiastic people as a highlight of their fledgling careers.

The kids of VOICE are not content to just put on a few shows a month. The long-term goal includes a concert every few days in a variety of venues around Marin County. The bulk of these shows are to be staged at the high-tech New Marin Youth Center once it opens, but this is not the only use VOICE plans to get out of the building. There are plans to set up a recording studio for young groups to bust out a basic demo. Classes on songwriting and music business among other related topics key to building a fruitful band will also be offered. In this sense, VOICE realizes something that many other good-hearted organizations of a similar ilk do not: that creating a viable and active local music scene involves more than just providing a place to play.

The stars of the future square off at the Showdown Finals on Saturday, Sept. 10, at Hamilton Field Amphitheatre at South Palm Drive in San Rafael. 1pm to 6pm. Free. Visit www.vergeconcerts.com for more information.