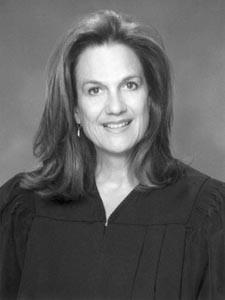 THE RACE for Sonoma County Superior Court Judge, Office No. 2, is heating to a roiling boil, with intimations that incumbent Patricia Gray is angling to deep-six, or at least cast doubt on, potentially unfavorable results from a Sonoma County Bar Association survey.

As is standard practice before every judicial election, the Sonoma County Bar Association distributed surveys to 1,348 attorneys just after the holidays, asking for their opinions on candidates’ abilities. By the Jan. 31 deadline, 166 responses had arrived, and local attorneys expected the results to be available this week. On Tuesday, the bar released the results for the five candidates running for a separate Superior Court seat being vacated by retiring Judge Lloyd von der Mehden. But results for the race between Gray and challenger Elliot Daum were conspicuously absent. A statement from the bar offered the provocative explanation that results were being withheld pending the outcome of a bar association board investigation into a complaint concerning the survey.

Apparently the bar association board will be looking into a complaint that an action by a bar staff member tainted the results of the survey. In a twist worthy of a Scott Turow plot, Sonoma County Bar Association Director Dan Schurman acknowledges that Gray is the source and that he is the subject of the complaint.

The trouble started because of his support for Daum, Schurman says. “I hosted an event where I invited my friends to come meet him,” he explains. “It wasn’t in my capacity with the Sonoma County Bar Association, but I sent [the invitation] from my Sonoma County Bar e-mail account. Pat Gray is claiming that was improper and voids the survey sent to 1,350 lawyers.”

Schurman says the bar distributed the survey a month before he sent the e-mail invitation to 12 lawyers. “[The invitation] was immediately followed by a second e-mail that this was not related to anything the bar association was doing, and that my support of Elliot does not reflect the Sonoma County Bar Association taking any position. It is a tempest in a teapot. It is absolutely ludicrous,” Schurman adds.

Gray’s complaint will be presented to the bar association board at its Feb. 14 meeting, but it is unclear when–or if–the survey results will be released.

“I trust that the Bar Association will conduct their investigation and report their findings in due course. There is no reason to speculate as to the reasons or the result of the delay,” Gray says in a statement released Tuesday through her campaign manager, David Williams. “To do otherwise is [to] speculate unfairly and cast a shadow on the Bar Association.”

SEVERAL ATTORNEYS, however, are willing to speculate that the survey will reflect a resounding lack of support for Gray. “There are a lot of people out there . . . that don’t feel that she should be a judge [because of] her temperament, her demeanor, her competency,” says Santa Rosa attorney L. Steve Turer.

Santa Rosa attorney Michael Fiumara says he was once a staunch fan of Gray’s. “I really believed in her. [But] she was very unpredictable,” he says, referring to Gray’s behavior during a case he tried in her courtroom. “One minute she was quite nice and cool, the next she was like a raging bull. She was so moody. I was terrified for my clients.”

Meanwhile, Gray’s candidacy has become a divisive issue among local Democratic Party officials and insiders, even though it’s a nonpartisan race. The Democratic Central Committee has endorsed Gray–an active party member–but Democratic Club of Santa Rosa members split on their support of Gray. One party activist reports that some club members recently asked the committee to rescind its endorsement, but were met with threats that the club’s charter might be revoked to penalize Daum supporters.

Greg Cahill contributed to this article.

Next ArticleArt As Business